Saudi Arabia unveils more than $6.4bn in technology and start-up investment at Leap 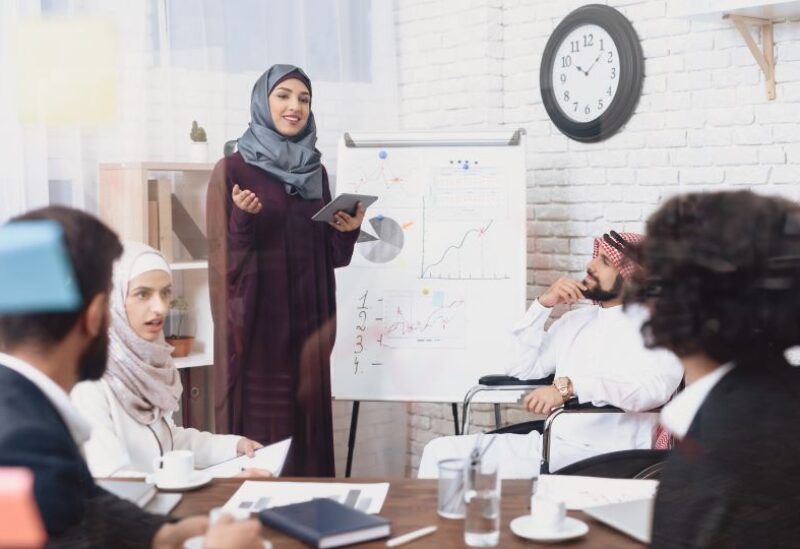 Saudi Arabia announced more than $6.4 billion in investments in future technologies and entrepreneurship to expedite digital transformation and strengthen the country’s digital economy.

The agreements were revealed on Tuesday as part of the three-day Leap technology conference in Riyadh, which continues through Thursday.

The efforts include the formal launch of Saudi Aramco Ventures’ $1 billion Prosperity7 fund and a $1 billion investment in future technologies by Neom Tech and Digital Company.

Aramco’s venture capital fund has been in existence for more than a year, thanks to the efforts of Aramco chief technology officer Ahmad Al Khowaiter. It aspires to create cutting-edge technology and business concepts.

“Through the breadth of the Saudi Aramco ecosystem, its massive resources, and its far-reaching influence across regions and industries, Prosperity7 can provide unique prospects for scale and impact,” said Mr. Al Khowaiter.

“This potential would be critical in strengthening the basis for success of its portfolio firms.”

Neom announced the introduction of the world’s first cognitive metaverse, XVRS, which will serve residents and visitors of the smart giga-project, as part of its investment, as well as M3LD, a personal data management platform that returns data ownership to the user.

“Cognitive metacities will shape the future… “It’s a concept centered on experiences rather than size,” said Joseph Bradley, CEO of Neom Tech and Digital Company.

“XVRS prioritizes human needs; it is meant to provide individuals with greater time, space, and security.” Meanwhile, M3LD will return data ownership to consumers and reestablish confidence in the data economy.”

According to the operator, it aims to help the kingdom’s fast developing digital and cloud industry.

“These investments and initiatives are manifestations of the kingdom’s push toward the growth of the digital economy for the greater good of people, the planet, and the prosperity of the Mena [Middle East and North Africa] region,” Saudi Minister of Communications and Information Technology Abdullah Alswaha said.

“They herald the next stage of growth for Saudi Arabia’s digital economy, the Mena region’s largest technology and digital market,” he added.

According to official estimates, the kingdom’s technology market is worth more over $40 billion. New investments are part of the country’s aspirations to transition to an economy focused on innovation.

According to Mr Alswaha, Saudi Arabia is the regional leader in technical talent, with more than 318,000 positions in the kingdom’s technology industry.

The largest economy in the Arab world is also home to some of the most significant investments in cloud technology, with prominent hyperscale cloud providers such as Google, Alibaba, Oracle, and SAP spending more than $2.5 billion in cloud in the country.

The King Abdulaziz City for Science and Technology launched Garage, a platform for start-ups, investment, and entrepreneurship, during the technology conference.

Its goal is to establish a full-service environment for local and international start-ups in order to assist them grow into leading technology firms.

“The Garage is inspired by the humble beginnings of some of today’s biggest companies in technology, and aims to provide everything that start-ups need to grow their ideas and become the next global technology giants,” said Munir Eldesouki, president of KACST and head of the R&D&I Authority foundation team.

The investment will enable J&T to establish its Mena headquarters in Riyadh, as well as construct a network of smart logistics and distribution facilities, extending the kingdom’s reach as a regional center for innovative logistics.

“The logistics infrastructure and facilities that will be established through this partnership will not only accelerate the growth of distribution and cargo in Saudi Arabia, but will also position the kingdom as a leading center for advanced logistics services,” said Abdulaziz Al Duailej, president of the kingdom’s General Authority of Civil Aviation.

“Over the next ten years, J&T will invest in the most innovative hardware and software technology in collaboration with eWTP Arabia Capital and other key partners… Build the largest intelligent logistics industrial park, develop the most excellent professional team… “J&T Express Group’s mission is to service the whole regional market while also promoting the overall growth of the local technology-driven industrial sector,” stated Jet Lee, founder and chairman of J&T Express Group.