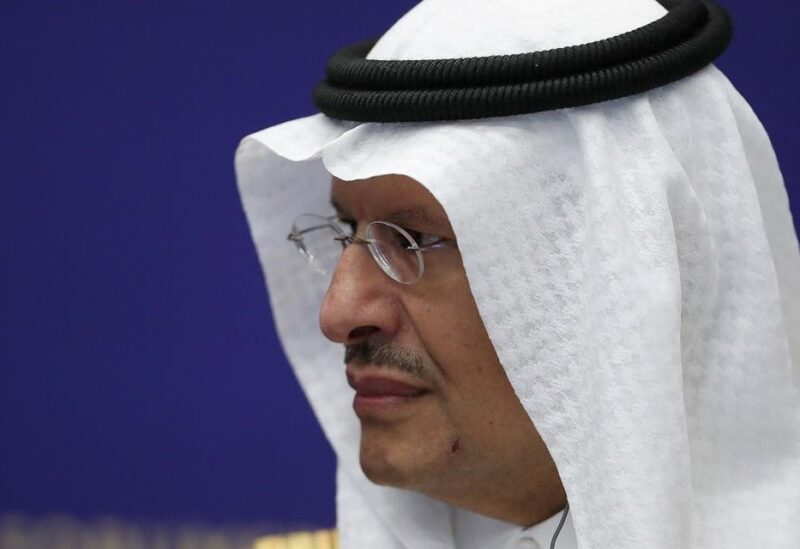 “I represent a balanced country that considers the interests of all in its role as president of OPEC+,” Prince Abdulaziz added.

OPEC+ ministers delayed an output policy meeting, with sources telling Reuters that the United Arab Emirates had balked at proposals that included raising supply by 2 million barrels per day (bpd) by the end of the year.

Prince Abdulaziz said that no country can take its production level in one month as a reference adding that there is a mechanism for grievances in OPEC +, but selectivity is difficult.

Prince Abdulaziz added that “a bit of rationality and a bit of compromise saves OPEC+.”

“We have made fantastic achievements in 14 months, and it is shameful for us not to maintain them,” he added.

Prince Abdulaziz added that Saudi Arabia has sacrificed the most, and without its leadership, the oil market would not have improved.

“I’ve been attending OPEC+ meetings for 34 years and have never seen such a demand, I am neither optimistic nor pessimistic about the upcoming OPEC + meeting,” Prince Abdulaziz added.

Prince Abdulaziz added that Saudi Arabia and Russia are partners in the proposal to extend the OPEC + agreement and increase production.

The Organization of the Petroleum Exporting Countries and its allies, a group, known as OPEC+, will resume talks on Monday after failing to reach a deal on oil output policy for a second day running on Friday after the UAE opposed some aspects of the pact.

The UAE backs an output increase from August as the market “is in dire need of higher production,” WAM said, citing an energy ministry statement.

OPEC+ sources said the UAE said its baseline was originally set too low, an issue it raised before but was ready to tolerate if the deal ended in April 2022 but not if it went on longer.

The UAE has ambitious production plans and has invested billions of dollars to boost capacity. The OPEC+ pact has left about 30 percent of UAE capacity idle.