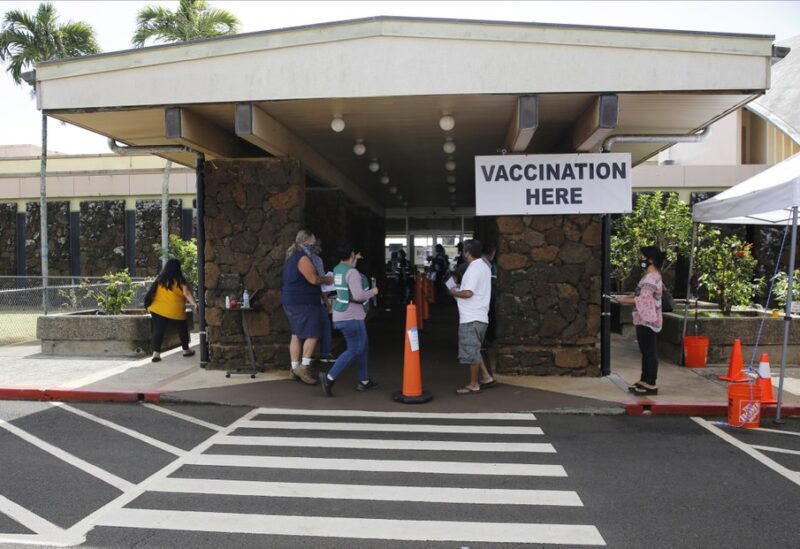 LIHUE, Hawaii: As the coronavirus ravaged other parts of the U.S., residents of this rural Pacific island watched safely from afar.

Kauai, one of the world’s most sought-after vacation destinations, has been nearly impossible to visit for most of the past year, with officials bucking pressure to ease quarantine rules as the state’s economy tanked.

As a result, Hawaii’s least populated county has been one of the safest places to be. Hair salons were open, kids went to school and played team sports, and residents enjoyed restaurants, bars and beaches without the typical hordes of visitors — or the fears of surging virus numbers. As of last week, Kauai has had only 217 confirmed COVID-19 cases since the start of the pandemic, compared with more than 28,000 statewide.

Now, local officials are loosening restrictions, saying early measures and the island’s departure from a state testing program that allowed in more people gave it time to build a strong foundation of public health. A unique “resort bubble” program also helped Kauai bring back some tourists and prepare to reopen more broadly.

“From a big picture society standpoint, it allowed Kauai to get to a baseline of sort of what the new normal was going to be in the middle of a pandemic,” Kauai Mayor Derek Kawakami said.

The county’s resort bubble program, or Enhanced Movement Quarantine, has been running for almost three months.

It allows visitors to come to Kauai if they get two negative COVID-19 tests and spend three days either on another island or at a county-approved resort property. If they stay at one of the resorts, they wear monitoring devices but can roam the grounds and use amenities.

Participants must be tested 72 hours before they get to Hawaii and again 72 hours after arrival to be released from quarantine.

The program has caught at least six positive cases since its January launch.

“We really felt that us coming in here, we would be safe and we would also be safe to the residents,” said Victoria Lofton, who visited Timbers Kauai resort through the bubble program with her husband, Art. “We really respect them, and they’re really trying to do the right thing.”

She said it was a great way to get away from California, where the pandemic was raging.

“At home, we had one other family that we saw. We weren’t going out of the house,” she said.

On Kauai, where they own a unit on the resort, “we felt free.”

Next month, the island will rejoin the state’s Safe Travels program, which allows travelers to avoid quarantine with a single negative pre-flight test.

Health officials pointed to Kauai’s vaccination program as part of that decision. The county leads Hawaii in the number of residents who have received at least one dose, at 23%.

“By the time that we opt back in, we expect all hospitality and food service workers to have been offered vaccines,” said Lauren Guest, the state’s Department of Health preparedness planner for Kauai. “And they really are the ones who work very closely with visitors on the front line.”

Kauai’s strict path to reopening has set it apart in an already strict state.

For most of 2020, anyone coming to Hawaii faced a rigidly enforced 14-day quarantine rule. But the restrictions walloped the state’s tourism-dependent economy, and unemployment rates soared, including on Kauai.

The state launched Safe Travels in October, bringing back more visitors. But with that came more disease.

Kauai’s cases more than doubled in seven weeks, and it had its first and, so far, only death. It quickly opted out, citing worries about the state’s single-test scheme and the island’s limited health care capacity — Kauai has only nine ICU beds and 14 ventilators.

Kawakami resisted calls from lawmakers and the tourism industry to conform to a unified statewide system.

“We said, look, the timing is horrible, but vaccines are arriving in Hawaii,” Kawakami said. “We’re seeing a second and third spike happening on the mainland. … We really focused on making policy calls and making sacrifices on the economic side.”

The majority of Kauai’s COVID-19 cases have been linked directly to travel, Guest said.

While President Joe Biden and federal health officials have warned against lifting restrictions too soon, especially as vaccines become more widely available, states across the nation are easing coronavirus rules in a bid to get their economies back on track.

Kauai’s latest move is welcome news for businesses, even those that were able to maintain a core of local customers throughout the year.

“A lot of people, I think, weren’t able to change the way they did business,” said Rob Silverman, who shifted his Rob’s Good Times Grill in Lihue to takeout and eventually in-house service after the pandemic hit. “And those are the people that really struggled.”

Lance Keener, who owns Ohana Fishing Charters, said he lost nearly all of his business when the county shut down last March. Things haven’t gotten any better, and he looks forward to when the state lifts restrictions in April.

“We were doing really good and almost pretty much debt-free, making money,” Keener said. “And all of a sudden now we’re, you know, I think back further than square one.”

But some are wary of allowing back lots of tourists.

Steve O’Neal, who moved his family to Kauai from California last year, worries lifting measures that have kept the island safe is premature, especially as new variants of the virus emerge. Both the South African and U.K. variants have been found in Hawaii.

He also points to recommendations from the Centers for Disease Control and Prevention, which advises against travel but says if people must get on a plane, they should undergo two tests and a quarantine on either end of a trip.

“It’s kind of an inconvenient truth that Hawaii is going against the guidelines of the CDC,” O’Neal said.

Still, he appreciates that Kauai officials held their ground and put locals’ health and safety first.