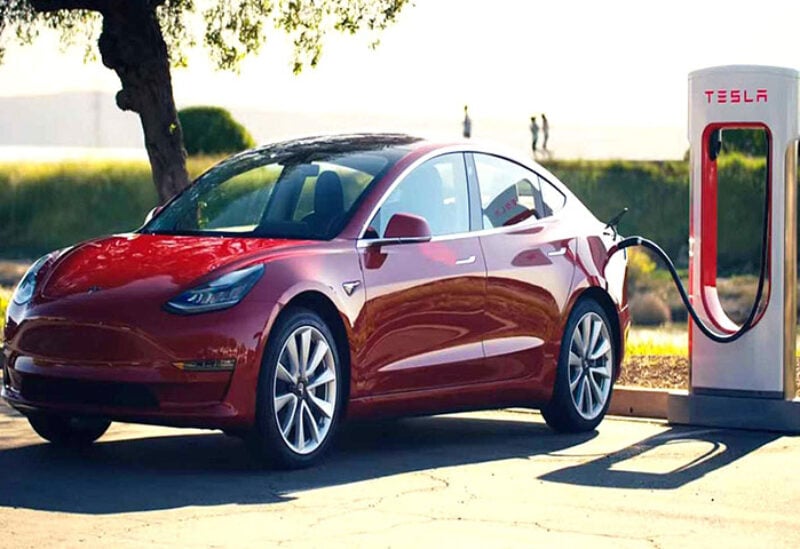 Tesla, the world’s largest electric vehicle manufacturer, delivered 308,600 vehicles in the fourth quarter of 2021, an increase of 87.4% year on year, bringing the company’s full-year total to an all-time high of 936,172.

The record sales represent a victory lap for the automaker, which had previously broken its single-year record in the previous three months.

According to a statement on its website, the Texas-based company’s deliveries for the three-month period ended December were up 28% from the third quarter’s 241,300 and 71% from the same period a year ago.

The deliveries outperformed a Bloomberg survey of 13 analysts, who anticipated an average of 263,000 vehicles for the fourth quarter, but several of them amended their estimates upwards throughout the quarter.

According to Tesla’s quarterly reports, the company delivered 935,950 automobiles in 2021. Once final counts come in, it revises its statistics up or down; in this year’s instance, it was up.

“This is a trophy-case quarter for Tesla, as the company blasted over even bull-case forecasts,” Wedbush Securities analyst Daniel Ives said. He described the December quarter as a “jaw-dropper performance for Musk & Co with tremendous tailwinds until 2022.”

As more people opt for environmentally friendly options, Tesla’s success is often seen as a gauge of the EV market.

Several countries, like the United States and China, have also taken steps and offered incentives to increase EV sales in the coming decade.

Tesla stated in January that it aimed to raise deliveries by 50% every year over the next several years, and the better-than-expected results in 2021 were a start in the right direction.

The business had previously broken its single-year record for third-quarter deliveries when it delivered 627,350 cars in the first nine months of 2021, exceeding the full-year total of 498,920 in 2020.

The Model 3 and Model Y continue to dominate, accounting for 296,850, or 96%, of total deliveries in the fourth quarter. There were 11,750 Model S and Model X deliveries.

Due to logistical issues, Tesla’s deliveries previously outpaced production, with Elon Musk describing 2021 as a “supply chain disaster” despite the business continuing to boost deliveries each quarter.

Mr Musk, who became the world’s wealthiest person in 2021, with a fortune of $273.5 billion, according to the Bloomberg Billionaires Index, praised the company’s success on Twitter.

The entrepreneur had promised to boost output and return the firm to profitability. Mr Musk has stated that he was able to avoid much of the worldwide semiconductor shortage by developing new chip designs and updating the software Tesla uses in its vehicles.

Tesla received a lift in October when it acquired an order for 100,000 EVs from the rental giant Hertz, which is expected to be fulfilled by 2022.

That news catapulted Tesla into the exclusive club of firms with a $1 trillion market value, joining Amazon, Saudi Aramco, Alphabet, Microsoft, and Apple.

“Thank you to all of our customers, workers, suppliers, shareholders, and supporters who contributed to a fantastic year,” Tesla stated in its fourth-quarter report.

On January 26, the firm is set to release its 2021 financial results, at which Mr Musk has pledged to offer an update on the company’s product plans. According to Zacks Investment Research, the average earnings-per-share expectation for the quarter is $1.38, based on the estimates of six experts. Last year, the reported EPS for the same period was $0.24.

Tesla’s largest markets are the United States and China, while the company does not break down deliveries by geography. It presently manufactures automobiles in Fremont, California, and Shanghai, with future plants in Berlin and Austin, Texas, approaching construction.

The startup is also taking orders for its Cybertruck, with manufacturing set to start later this year.

Mr Musk also stated that he will pay more than $11 billion in taxes this year, following accusations that he was not paying enough. He is also nearing the end of his vow to sell 10% of his Tesla shares, having sold another $1 billion in stock last week.