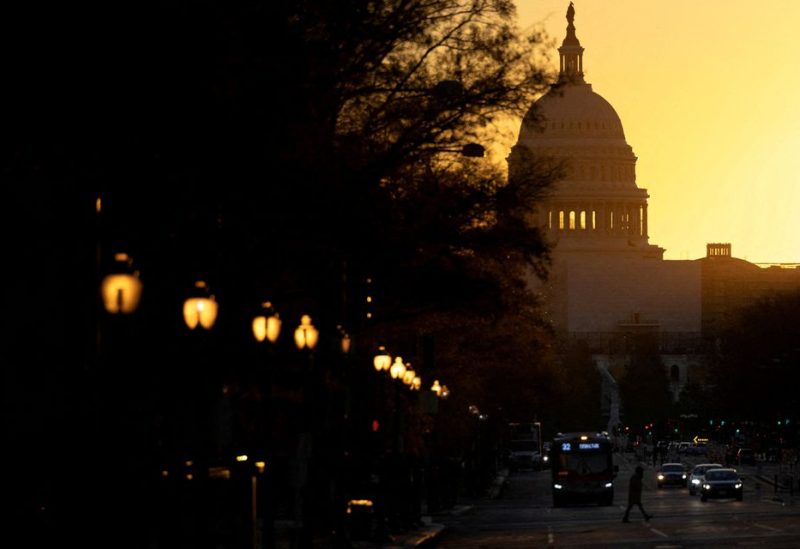 The sun rises over the U.S. Capitol, as control of Congress remained unclear following the 2022 U.S. midterm elections in Washington, U.S., November 9, 2022. REUTERS

As Republicans and Democrats argue over the specifics of an anticipated $1.5 trillion funding package in the final weeks that Democrats control both the House and Senate, the U.S. Congress faces a Friday deadline to finance the federal government.

On legislation that was meant to be passed by Oct. 1, when Washington’s fiscal year began, this end-of-year fight over budget priorities has become ritualistic. Republicans were just about $25 billion apart, or 1.7% of last year’s spending, according to Republican Senator Richard Shelby, who told reporters last week.

None of the one-dozen appropriations bills have been agreed upon by the House and Senate, meaning operations ranging from air traffic control and national parks to medical research and environmental programs could be strained when existing funds expire at midnight Friday.

Over the weekend, behind-the-scenes efforts made progress toward a deal on an “omnibus” spending bill. It would bundle the 12 appropriations bills to provide government-wide funding through Sept. 30, 2023.

That prompted Senate Appropriations Chairman Patrick Leahy to pull back from a plan to introduce a Democratic-written funding bill this week. That bill had no chance of passage as Republicans rejected it.

Leahy on Thursday had called the Democrats’ plan “fair and bipartisan” and said it ought to attract enough Republican votes to pass. But it was promptly attacked by Senate Republican Leader Mitch McConnell.

Failure this week to pass the omnibus bill likely would prompt Democrats, who control the House and Senate by the narrowest of margins, to rush a stop-gap “continuing resolution” that mainly would continue spending at last year’s levels.

First, they would have to decide whether such “CR” legislation would be of short duration, possibly of a few days to months, or through next September.

Senator Bernie Sanders, an independent who caucuses with Democrats, said he worried that passing a short-term bill could lead to trouble for Democrats in the new year, when Republicans take the majority of the House.

“Short-term extensions are just a temporary solution to the ongoing crisis we face,” Sanders said on CNN on Sunday.

“Clearly, what I worry about is Republican efforts to hold hostage next year, if we don’t get an omnibus bill passed, to hold – hold hostage the government in order to cut Social Security, Medicare and Medicaid. And that, I will vigorously oppose.”

Leaders of both parties have said a simple extension of current spending would dangerously shortchange national security programs.

If these gambits were to fail, Washington would be staring down a domino-effect of federal worker furloughs. Four years ago that is exactly what occurred and it turned into a record-long, 35-day interruption in government services that nearly resulted in the closing of major airports on the East Coast.