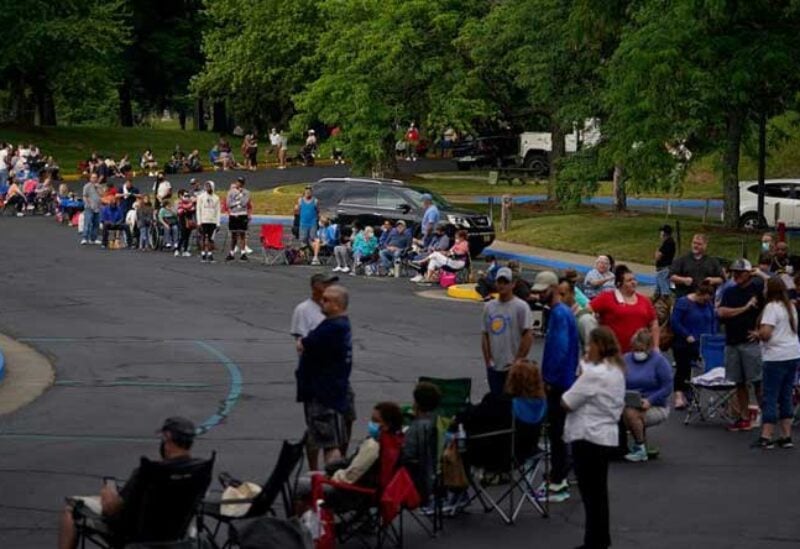 That compared to 658,000 claims in the prior week, which were the fewest since the middle of March 2020 when mandatory closures of non-essential businesses such as restaurants, bars and gyms were being enforced across many states to slow the first wave of COVID-19 infections.

Economists polled by Reuters had forecast 680,000 applications in the latest week.

The labor market appears to have turned the corner after shedding 306,000 jobs in December, thanks to the acceleration in the pace of inoculations, which is allowing more businesses to reopen. The White House’s massive $1.9 trillion pandemic relief package is sending additional $1,400 checks to qualified households and extending the government safety net for the unemployed through Sept. 6, boosting consumer spending.

A report on Thursday from global outplacement firm Challenger, Gray & Christmas showed job cuts announced by U.S.-based employers dropped 11% to 30,603 in March. That was the fewest since July 2018.

Through the first quarter planned layoffs plunged 35%, compared the October-December period. At 144,686, job cuts last quarter were the fewest since the fourth quarter of 2019.

“We have now marked one year since the first wave of layoffs occurred due to the pandemic and subsequent lockdowns,” said Andrew Challenger, senior vice President at Challenger, Gray & Christmas. “It appears we have entered a recovery phase where job eliminations are slowing and companies are able to predict and assess where growth will occur.”

The labor market’s improving fortunes were underscored by a survey from The Conference Board this week showing its measure of household employment rebounding in March after three straight monthly decreases.

Part of the elevation in claims is because of fraud.

Still, the recent labor market progress is likely to be confirmed on Friday when the government publishes its closely watched employment report for March. According to a Reuters survey of economists, nonfarm payrolls likely increased by 647,000 jobs last month after rising by 379,000 in February.

That would leave employment about 8.8 million below it peak in February 2020.