UK economy rebounds 7.5% in 2021 despite hit from Omicron 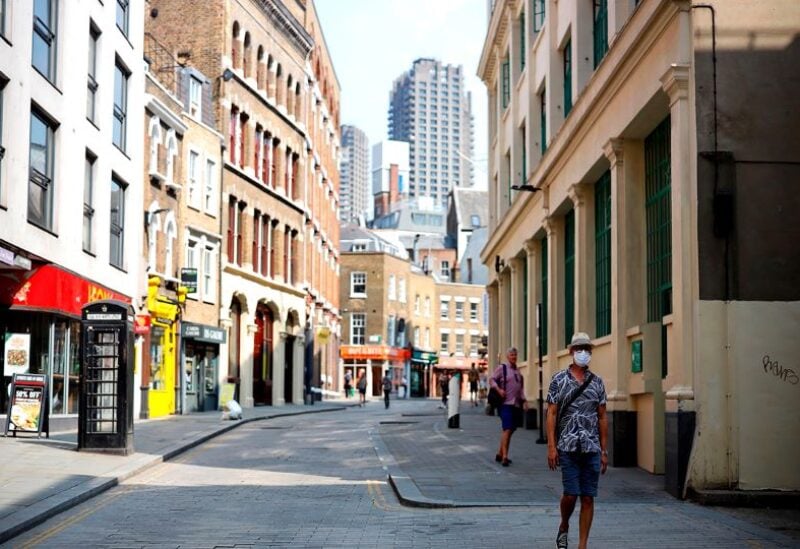 Official estimates reveal that Britain’s economy returned by 7.5% in 2021, its highest year of growth since the Second World War, after pandemic restrictions were removed across the country.

The increase in GDP, which exceeded the Bank of England’s predictions, occurred despite a 0.2% contraction in the economy in December due to the outbreak of Omicron, which resulted in harsher restrictions being enforced, according to the Office for National Statistics.

Rishi Sunak, Chancellor of the Exchequer, said the government’s £400 billion ($542.44 billion) coronavirus assistance plan helped the economy stay “remarkably resilient” in 2021, “with the UK enjoying the strongest growth in the G7 last year and GDP maintaining at pre-pandemic levels in December.”

“I’m pleased of the determination that the entire country has shown, and I’m proud of our amazing vaccination program that has allowed the economy to remain open,” he added.

The robust increase in 2021 contrasted sharply with the 9.4% reduction in output in 2020 — the worst decrease since 1919, when demobilization after the First World War – when the virus and accompanying lockdown crushed the economy.

However, the UK has had a stronger recovery than its counterparts, supported by billions of pounds in government funding to sustain employment and enterprises through the crisis, and its economy managed to expand by 1% in the last three months of the year.

“When comparing the UK’s performance over the last year to other G7 countries, it stands head and shoulders above the rest of the pack.” By the fourth quarter, the UK had lost momentum as Spain, the United States, and Canada surged ahead, but Omicron is likely to have played a significant role in that tale,” said Danni Hewson, an AJ Bell financial analyst.

“Longer term, the UK’s largest difficulty appears to be productivity growth, which has been sluggish for more than a decade.” Until it is resolved, the UK economy is expected to develop at a rather slow underlying rate.”

The 0.2 percent drop in December occurred as a result of Omicron and related government restrictions affecting the hotel and leisure sectors.

While the shrinkage was smaller than projected, it kept the total size of the economy precisely where it was in February 2020, just before the epidemic began.

When the December inflation rate of 5.4 percent is combined with the 0.2 percent decrease in GDP, the economy “had a taste of stagflation towards the end of last year,” according to Paul Dales, chief UK economist.

“The reduction in GDP will be restored shortly because it was caused by the Omicron Covid-19 wave, which has already dissipated. However, rising inflation will be with us for a longer period of time and, along with the April tax increase, will limit GDP growth this year “He said.

Covid-19 infections peaked around the turn of the year but have since dropped substantially, and the Bank of England forecasted last week that the economy will stall in the first quarter then rebound quickly in the next three months to revert to pre-Covid levels.

The new GDP results will be welcomed by Prime Minister Boris Johnson, who is dealing with a harsh cost-of-living problem and is under pressure to quit for suspected rule-breaking parties when the country was under lockdown. They will also keep the Bank of England focused on measures to contain rising inflation, which they forecast to reach 7.25 percent in April, with further interest-rate hikes on the way.

However, the compression on household incomes caused by rising prices and expected tax increases might cause economic activity to “disappoint in the coming months,” according to Yael Selfin, chief economist at KPMG UK, who estimates 3.7 percent GDP growth this year.

“The fact is that the way the government runs our economy is trapping us in a high tax, low growth cycle,” said Pat McFadden, a Labour Party Treasury spokesman.

“According to the latest Bank of England prediction, growth will slow to a crawl next year.” That would be the weakest rate of growth among the G7 economies.”

The bank raised rates at its last two meetings, raising the benchmark to 0.5% this month, and markets are pricing in a flurry of more changes this year.

Meanwhile, excluding precious metals, the trade in goods imbalance reduced modestly in the fourth quarter, with exports expanding slightly faster than imports. For the 12th month in a row, imports from non-EU nations exceeded imports from EU countries.