1 dead, 17 hurt in Chile as police clash with indigenous protesters 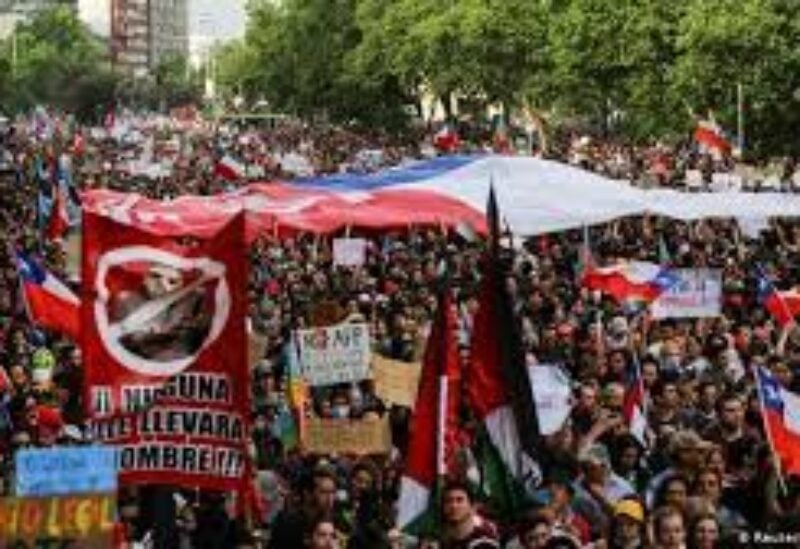 Riot police clashed with protesters in the Chilean capital during a rally by the indigenous Mapuche community, which led to the death of one person and the injury of 17.
About a thousand activists — many wearing ponchos and traditional headbands, and playing ceremonial drums — marched near Plaza Italia in the center of Santiago, demanding autonomy for the Mapuche.
When police moved in to disperse the protest with water cannon and tear gas, protesters responded with sticks and stones in a confrontation that lasted about 40 minutes, according to an AFP photographer at the scene.
“A hooded group constantly attacked the police with fireworks”, said Enrique Monras Alvarez, chief of the police of the metropolitan area.
“One of (the fireworks) hit one of the protesters, who was with the police.”
Police bodycam footage showed Denisse Cortes, a lawyer with the Ombudsman’s Office, had walked over to speak to the officers when the missile struck.
The 43-year-old was rushed to hospital, where she was operated on.
“Unfortunately, the patient died during the intervention in the afternoon,” said a hospital statement.
The Prosecutor’s Office had opened an investigation into “this disproportionate violence,” said Rodrigo Delgado, minister of the interior.
Chilean police said in a statement that 17 police officers were also hurt in the clashes.
A total of 10 people were arrested.
The Chilean state has long been accused of discrimination against the Mapuche people, the country’s largest indigenous group, who centuries ago controlled vast areas of Chile but have since been marginalized.
Considered the earliest inhabitants of parts of Chile, the Mapuche fought against the Spanish conquerors and later the Chilean army after the country’s independence in the 19th century.
Their numbers were reduced to only 700,000, a fraction of Chile’s current population of 17 million