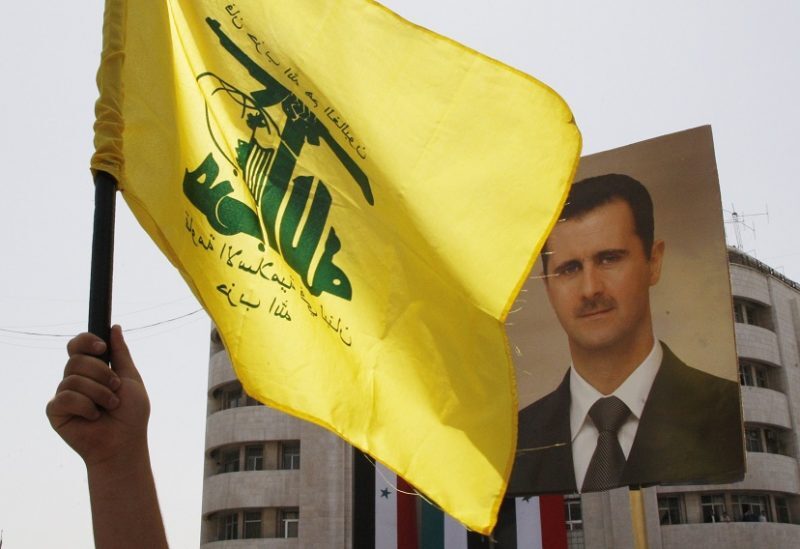 The Syrian Observatory for Human Rights (SOHR) reported a widespread trade of “narcotics” in Damascus countryside and nearby areas, revealing that Lebanon’s Hezbollah and other allied local militias were involved in the drug business.

“There is a rise in the trade of narcotic pills in the region under the control of officials and members of Hezbollah and other militant groups,” SOHR said citing sources from al-Qalamoun area on the border with Lebanon.

According to the observatory, around 14 factories are producing these pills, with 3 factories located in Sergaya, 2 in Rankos, 2 in Assal Al-Ward and 2 in al-Jebba. There is also 1 factory in each of Talfita, Bakha’a, al-Toufil, Madaya and al-Saboura.

The drug products are sold in different areas in Syria and the region.

On Jan. 16, SOHR sources said the proliferation of illicit pills was significantly escalating across Syria, especially among the youth; they are sold in public in all regime-controlled areas, Damascus and Reef Dimashq in particular, and at lower prices than in other countries. This has made it easy for anyone to access drugs that could be available even in supermarkets and cloth stores.

Reliable SOHR sources have confirmed that military groups affiliated to Lebanon’s Hezbollah are the ones responsible for the broad proliferation of hashish and pills across regime-controlled areas, as cargoes of hashish are still allowed to cross, via nonofficial crossings, from Lebanon to multiple areas under their control in Reef Dimashq.

These crossings include one in Sergaya area on the border with Lebanon and Assal Al-Ward, which is one of the most prominent areas where cargoes of hashish cross into Syria, as well as the nonofficial crossings with Al-Qusayr city in Homs countryside, which is controlled by officers and members of the regime-backed forces.