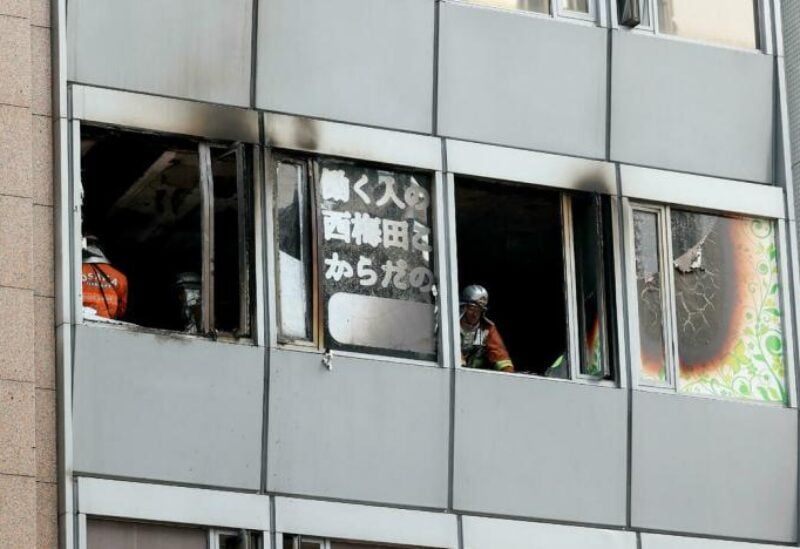 Twenty-seven people were feared dead after a blaze swept through a commercial building housing a mental health clinic in the Japanese city of Osaka on Friday, fire officials said.

TV footage showed dozens of firefighters working inside and outside the narrow office building after the blaze was extinguished.

The charred interior of the fourth floor, which housed a clinic that provided mental health services and general medical care, was visible through broken and blackened windows.

An Osaka police spokesman told AFP that officers were investigating the cause of the fire.

But he could not confirm a report by public broadcaster NHK citing police sources as saying there was the “possibility of an arson attack, given the circumstances at the scene”.

An Osaka fire department official told AFP that 27 of the 28 people injured in the blaze showed no signs of life. In Japan, only a doctor can officially certify someone dead.

The blaze, in a busy business area near Kitashinchi train station in the city in western Japan, had been put out after half an hour, the official said.

While most of the building’s exterior remained intact after the fire, a middle-aged woman at the scene told NHK: “There was lots of dark smoke… there was a very strong smell, too.”

A young woman who witnessed the fire also told the broadcaster she had seen a woman trapped on the fourth floor.

“She leaned out (from a window) and was saying things like ‘Please help’… She seemed very weak. Maybe she inhaled lots of smoke,” she said.

Deadly fires are unusual in Japan, which has strict building standards, and violent crime is also rare.

One year ago, a man was charged with murder over a 2019 arson attack on a Kyoto animation studio that killed 36 people, the country’s deadliest violent crime in decades.

The attack sent shockwaves through the anime industry and its fans in Japan and around the world.

A 2008 arson attack on a video shop in Osaka killed 16 people. The attacker is now on death row.