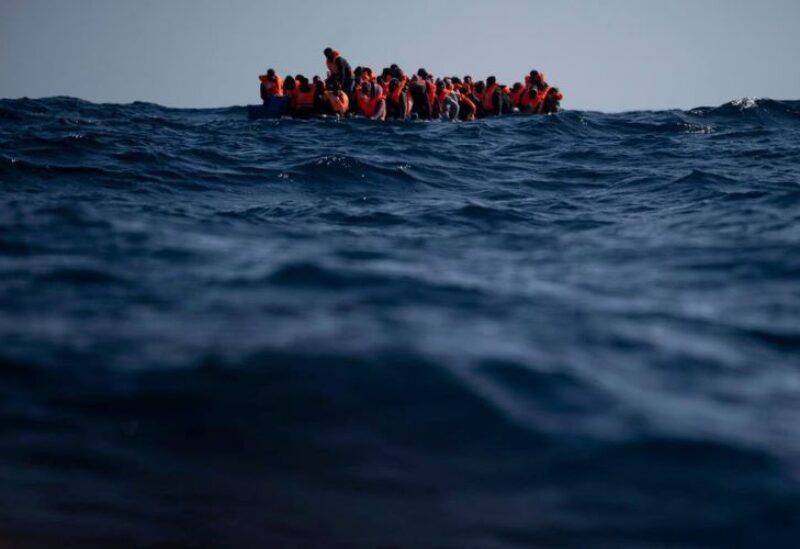 Migrants from Eritrea, Egypt, Syria and Sudan, wait to be assisted by aid workers of the Spanish NGO Open Arms

A security official said Sunday that the remains of 28 migrants washed up on Libya’s western shore after their boat sank, the latest tragedy on the world’s most dangerous migration route.

According to the source, “Libyan Red Crescent crews retrieved 28 bodies of deceased migrants and found three survivors at two distinct spots on the beaches of al-Alous,” which is around 90 kilometers (55 miles) from Tripoli.
“The advanced level of decay of the victims implies that the shipwreck occurred some days ago,” he added, adding that the death toll might grow in the following hours.

Libyan media channels broadcast images of bodies lined up along the coast and then placed in body bags.

Libya, which has been devastated by a decade of violence and lawlessness, has become a major launching point for African and Asian migrants attempting to reach Europe.

According to the International Organization for Migration, the new tragedy comes only days after 160 migrants perished in similar situations within a week, increasing the total number of lives lost this year to 1,500. (IOM).

According to the IOM, almost 30,000 migrants were apprehended and returned to Libya within the same time period.

To reduce the number of migrants coming on European ports, the European Union has worked closely with the Libyan Coast Guard.
Many of them are subjected to further atrocities in prison institutions upon their return.