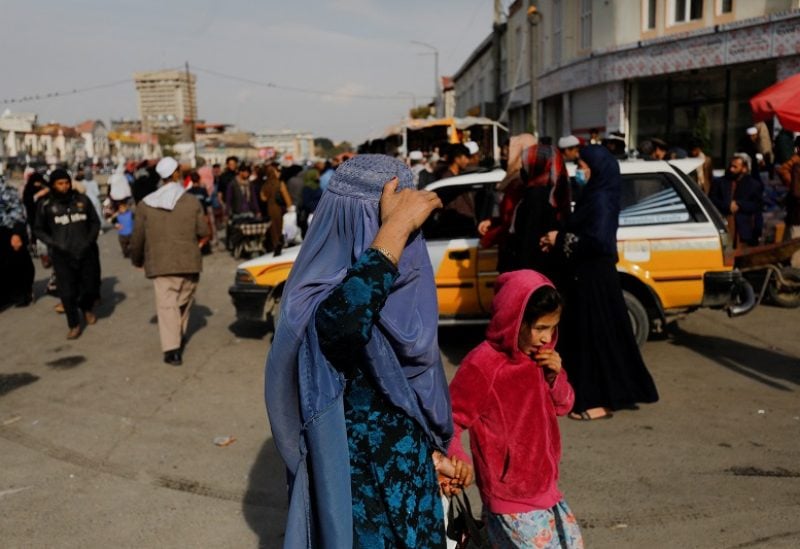 An Afghan woman and a girl walk in a street in Kabul, Afghanistan, November 9, 2022. REUTERS/Ali Khara

Three big international aid agencies including Save the Children said on Sunday they were suspending their humanitarian programs in Afghanistan in response to the Taliban-run administration’s order to stop female employees from working.

The administration on Saturday ordered all local and foreign non-governmental organizations (NGOs) to send female staff home until further notice. It said the move, which was condemned globally, was justified because some women had not adhered to the Taliban’s interpretation of religious dress code for women.

Three NGOs – Save the Children, Norwegian Refugee Council and CARE International – said in a joint statement that they were suspending their programs as they awaited clarity on the administration’s order.

“We cannot effectively reach children, women and men in desperate need in Afghanistan without our female staff,” the statement said, adding that, without women driving the effort, they would not have reached millions of Afghans in need since August last year.

The suspension of some aid programs that millions of Afghans access comes at a time when more than half the population relies on humanitarian aid, according to aid agencies, and during the mountainous nation’s coldest season.

The joint statement also highlighted the effect of the ban on female staff on thousands of jobs in the midst of an enormous economic crisis.

Earlier, international aid agency AfghanAid said it was immediately suspending operations while it consulted with other organizations, and that other NGOs were taking similar actions.

The International Committee of the Red Cross in Afghanistan also on Sunday expressed concern at the move and an earlier bar on women from attending university, warning of “catastrophic humanitarian consequences in the short to long term”.

A spokesman for the Taliban administration, Zabihullah Mujahid, hit back at the criticism, saying all institutions wanting to operate in Afghanistan are obliged to comply with the rules of the country.

“We do not allow anyone to talk rubbish or make threats regarding the decisions of our leaders under the title of humanitarian aid,” Mujahid said in a post on Twitter, referring to a statement by the head of US Mission to Afghanistan.

Chargé d’Affaires Karen Decker had posted on Twitter questioning how the Taliban planned to prevent hunger amongst women and children following the ban.

She pointed out that the United States was the largest humanitarian aid donor to the country.