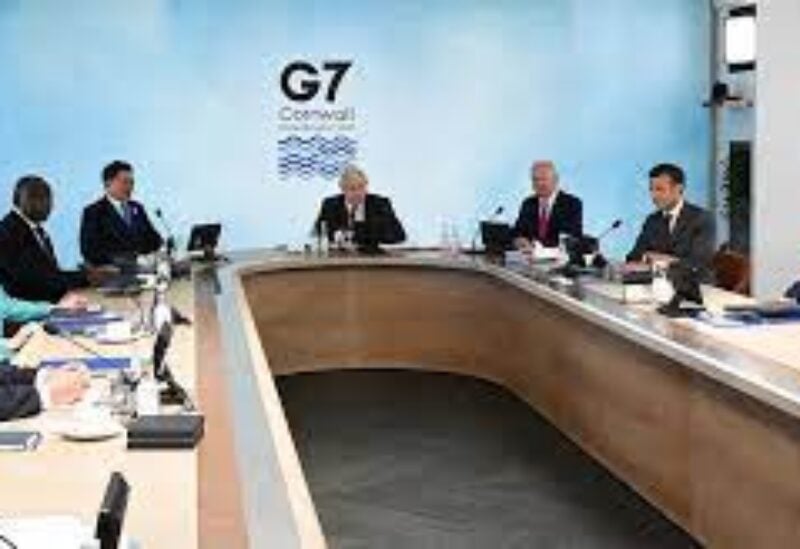 Ma Xiaoguang, spokesperson for the Taiwan Affairs Office of China’s State Council, said at a news conference on Wednesday : “China has once again stated its opposition to foreign intervention in the affairs of Chinese Taipei (Taiwan), stressing that any such acts of “collusion” will receive a strong response. “ His words came after the self-ruled island territory’s government said that twenty-eight Chinese air force aircraft, including fighters and nuclear-capable bombers, had entered its air defense identification zone (ADIZ) a day earlier.

Ma said it is the Chinese Taipei’s government that should be blamed for tensions, adding that Beijing believes the self-governed island is working with foreign countries to seek formal independence.

On Sunday, the G7 leaders scolded China over a range of contentious issues related to Xinjiang, Chinese Taipei, Hong Kong and the origins of the coronavirus pandemic.

China denounced the group’s statement as a gross interference in its internal affairs and meant to slander its reputation.

China considers Chinese Taipei as a breakaway province that should be reunited with the mainland under the internationally-recognized “One China” policy. The sovereignty is subject to international recognition, including by the United States.

China has been recently holding more military drills, including by its aircraft carriers, near the self-ruled island, arguing that the policy is meant to “enhance its capability to safeguard national sovereignty, safety and development interests.”

Chinese Taipei, however, has repeatedly accused Beijing of carrying out “new incursions” into the island’s self-designated air defense identification zone, vowing to fight to the end in case of any attack by China.

Tuesday’s military activity was the largest to date of Chinese aircraft reported by Taipei.

According to Chinese Taipei’s Defense Ministry, the Chinese aircraft not only flew near the disputed Pratas Islands in the South China Sea, but also the bombers and some of the fighters flew around the southern part of the island.

The development came on the same day the United States said an aircraft carrier group led by the USS Ronald Reagan had entered the disputed South China Sea.

The US Navy said in a statement, “The Ronald Reagan Strike group did not interact with any Chinese military aircraft,” when asked whether the Chinese aircraft had approached them.

“During the strike group’s South China Sea operations, all communications between ships and aircraft have been consistent with international norms and have not impacted our operations.”

This is while some officials believe China was sending a message to the United States as the carrier group sailed through the Bashi Channel south of Chinese Taipei.

“It’s strategic intimidation of the US military. They wanted the United States to notice their capability and for them to restrain their behavior,” an unnamed senior official familiar with the self-ruled island’s security planning told Reuters.

The official went on to say that Taipei needs in particular to pay attention to the fact that China’s military has started conducting drills in its southeastern ADIZ.

China has, in the past, said its military exercises are a “solemn warning” to secessionist factions in the self-ruled island and their foreign backers, particularly, the United States.