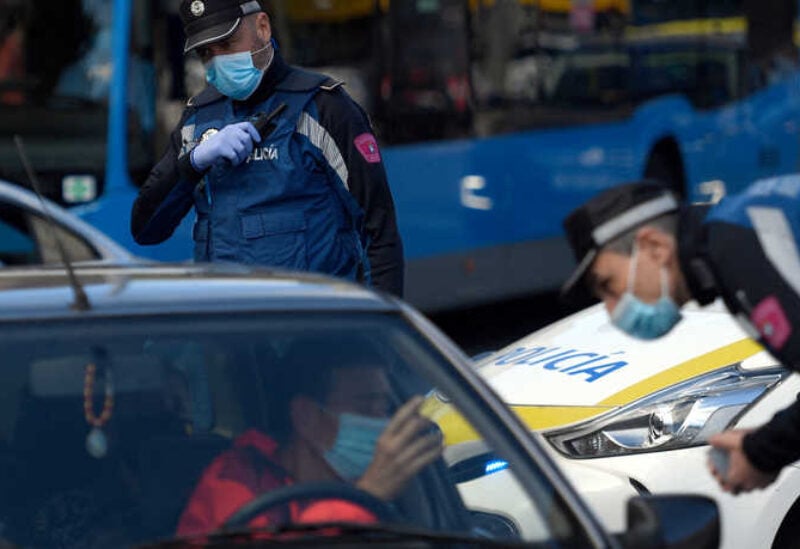 As a part of an international operation involving authorities in seven countries that targeted a major cocaine trafficking network, Police in Belgium and Spain arrested 45 people Tuesday, EU agencies and prosecutors said.
The operation took down “one of Europe’s most active Albanian-speaking cocaine trafficking networks in Europe,” Europol and Eurojust said, adding that searches were carried out in more than 80 places.
In a joint statement, they said the suspects imported cocaine from Latin America to European ports.
“Over 600 law enforcement officers, in close cooperation with prosecutors and investigative officers, carried out raids against the members of this network in Spain and Belgium. A number of parallel actions also took place in Croatia, Germany, Italy and the Netherlands,” they said.
In Belgium, the federal prosecutor’s office said police detained 30 people. Officers carried out 49 searches across the country, most of them in and around Brussels and the port city of Antwerp. Prosecutors did not say what was seized during the operation.
Belgium has become a major hub trafficking drugs into Europe. With thousands of containers reaching Antwerp every day, the city is one of Europe’s main ports of entry for cocaine.
Belgian prosecutors said most of the suspects lived in the Brussels district, and the organization has drop-off points near the Antwerp port, where cocaine arrives from South America. Prosecutors alleged the suspected traffickers worked in cahoots with citizens from southern Europe who belong to crime families in the Limburg province.
To transport drugs into Europe, the organization used cargo planes or private jets along with ship containers sent to the ports of Antwerp, Rotterdam in the Netherlands, Le Havre in France and Hamburg in Germany, authorities alleged.
Last year, Belgian police made several dozen arrests during an organized crime operation of unprecedented scale after investigators cracked an encrypted communications network popular with criminals.
According to Belgian prosecutors, the cracking of the encrypted messaging service Sky ECC was useful in the drug case, helping to identify possible suspects in Brazil, Ecuador, Colombia, Peru, Bolivia and Paraguay.