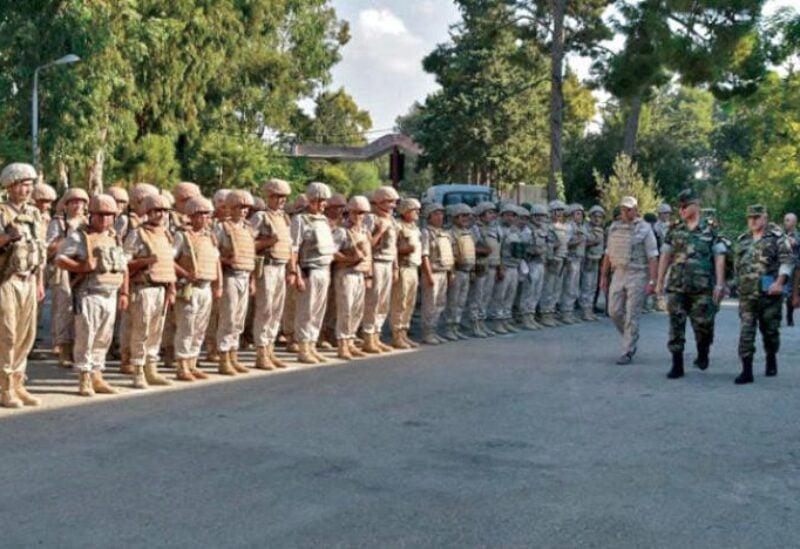 Russian and Syrian soldiers and officers in joint drills in Tartous, Syria. (AFP/SANA)

At least 18 Syrian soldiers were killed and at least 27 wounded on Thursday when an explosive device detonated on a military bus belonging to the Syrian army’s Fourth Division in the Damascus countryside.

It represents one of the deadliest attacks in months against Syrian government troops not on an active front line. Bus attacks in particular have been on the rise, including in the Damascus countryside.

There was no immediate claim of responsibility for the attack and no comment from Syrian authorities.

However, sources loyal to the regime in Damascus told Asharq Al-Awsat that some accuse Iran of being behind the attack.

They argue that it came in response to the meeting of the Commander of the division Major General Maher al-Assad earlier this month with Russian military leaders, as well as his division’s participation in joint military drills that took place east of Damascus.

During the drills, Maher appeared for the first time since the war erupted in Syria beside the commander of Russia’s forces in Syria Colonel General Aleksandr Chaiko.

The Defense Ministry’s statement didn’t mention the presence of Maher al-Assad, but he appeared in side clips in the video recording published on the Ministry’s official website.

He is accused of committing massacres in Syria and is considered a partner of the Lebanese “Hezbollah” and the militias affiliated with Iran in controlling the main border crossings, commercial transport traffic, smuggling deals and drug trafficking.

Independent media sources in Damascus said Maher’s presence in the military exercises indicates upcoming changes imposed by the development of the Russian war in Ukraine, the intensified competition between Moscow and Tehran, and Türkiye’s position in Syria and the Middle East region.

Sources familiar with the developments in Syria said another group of people loyal to the regime consider the attack an “outcome of internal disputes between the regime’s military and security services, and a rise in the level of hostility to the Fourth Division, which persists in its transgressions and imposing royalties.”