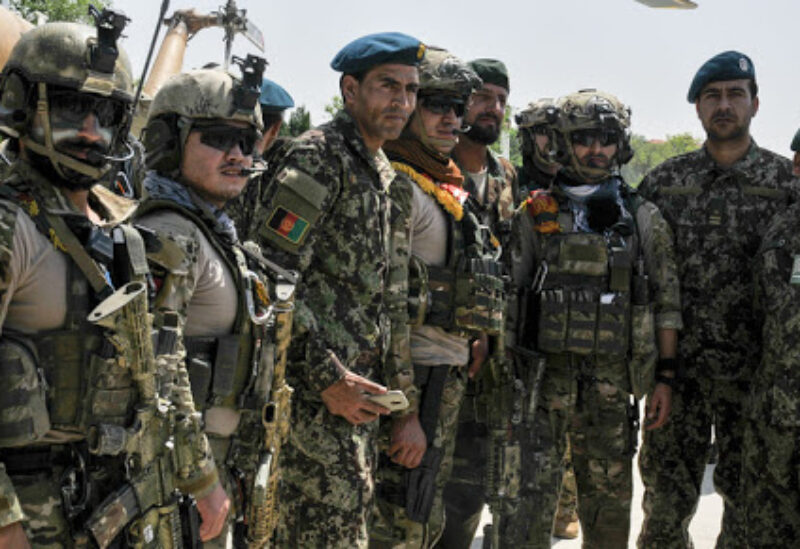 The Afghan Defense Ministry in a series of tweets on Tuesday claimed to have killed nearly 300 insurgents in counter-terrorism offensives in the past 24 hours.

At least 50 Taliban were killed in an air raid by the Afghan security forces in the western province bordering Iran, officials said on Tuesday, as a deadly turf war rages across Afghanistan.

A spokesman for the Herat governor, Jailani Farhad, told Anadolu Agency that dozens of Taliban planned to storm the Pashton Zarghon district with an explosive-laden vehicle. However, the Afghan forces targeted them with an airstrike before they could carry out their plan.

“Intelligence reports suggest that at least 50 armed Taliban insurgents were killed and a number of others injured in this raid,” he said.

For their part, the advancing Taliban on Tuesday claimed to have taken control of the districts of Chahar Dara, Imam Saheb, Chora, Nahreen and Maiwand.

In a tweet, Taliban spokesman Zabihullah Mujahed rejected claim by the government that its forces have recaptured several districts.

“The mercenary enemy has repeatedly claimed that it has recaptured Doshi in Baghlan, Bangi, and Khaja Ghar districts of Takhar and Balkh in Balkh province.

We received updates from all areas, the enemy is propagandizing, it has not occupied any place,” he said.

Mujahid stated in another tweet, “The enemy has failed to take practical action, while only propagating imaginary and Facebook recapturing of the districts.”

Last week, Afghan President Mohammad Ashraf Ghani appointed new defense and interior ministers, while the Taliban claimed to have taken control of seven more districts. However, the security forces on the other hand announced killing 260 insurgents amid ensuing violence.

“The Taliban must choose: do you want to be in the future based on a lasting and just peace based on a political solution with dignity or do you want enmity, to which this nation will give a strong response? No one should doubt this,” Ghani said on the occasion.

According to the Long War Journal, the Taliban now control 107 of Afghanistan’s 398 districts, the government 92, and the remaining 199 are contested.

Since US President Joe Biden announced a September departure date for American troops, Afghanistan has seen a surge in deadly Taliban attacks across the country, resulting in rising mounting casualties on all sides.