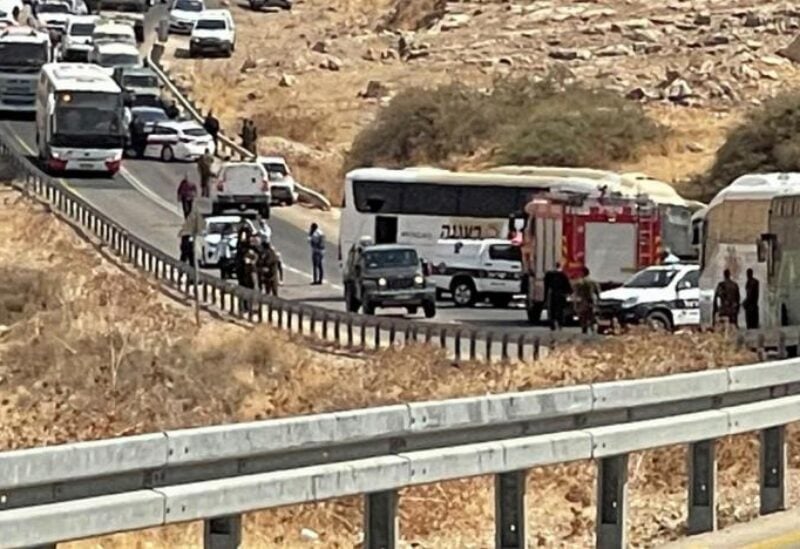 Israeli troops patrol near the scene of a shooting attack in the Jordan Valley, in the Israeli-occupied West Bank September 4, 2022. REUTERS/Adel Abu Nemeh

Palestinians fired on an Israeli bus on a desert highway in the occupied West Bank on Sunday, Israeli military authorities and medics said, wounding five soldiers and the driver.

The incident, in which authorities said two suspected gunmen were detained as they tried to escape, took place within driving distance of Jenin and Nablus, Palestinian cities that have seen months of intensive and often lethal Israeli security sweeps.

Witnesses said Palestinians in a car overtook the bus, spraying it with bullets and, when it came to a halt, tried to torch it. Israeli TV aired footage of a car ablaze after, it said, a firebomb went off inside.

Israeli Defense Minister Benny Gantz said security forces “immediately went in pursuit and got their hands on suspects in the attack.”

There was no immediate Palestinian claim of responsibility, but a Hamas spokesman praised the attack as “proof that all attempts by the Occupation (Israel) to stop the escalating resistance operations in the West Bank have failed”.

Israel has stepped up raids in the West Bank over recent months after several deadly attacks by Palestinians in its cities between March and May.