A decade after Syria’s war began, memories haunt a family it tore apart 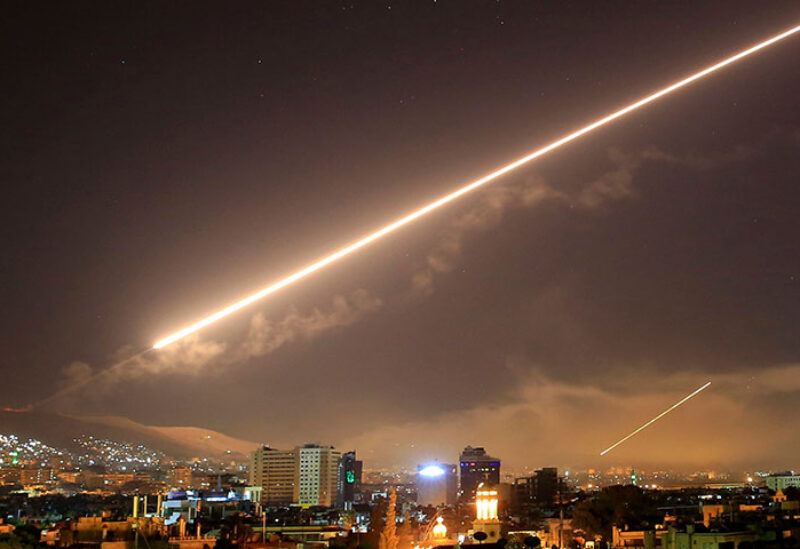 DOUMA, Syria: Seham Hamu lost her husband, son and grand-daughter on the same night in 2016 when a missile struck their home in Douma, a rebel stronghold near the Syrian capital that saw some of the fiercest fighting of the civil war.

Seham Hamu, 74-year old grandmother sits on a wheelchair next to her grandchildren in Douma, in the eastern suburbs of Damascus, Syria March 9, 2021. REUTERS/Omar Sanadiki
Now, aged 74 and confined to a wheelchair because of a heart condition, she looks after her son’s four surviving children, a widowed daughter and a second daughter along with her husband and their children.

Their plight is not unusual in a country where hundreds of thousands of people have been killed during a decade of violence and millions more forced to flee their homes and settle elsewhere in Syria or abroad.

As the 10th anniversary of the start of the conflict in mid-March, 2011, approaches, Hamu just wants to forget.

“I don’t want to remember…it was too cruel,” she said of the war, a multi-sided conflict that sucked in Islamist militants, myriad rebel groups, government troops and foreign forces.

Hamu, who was born and bred in Douma, has never left the town, which still shows the scars of the violence.

It is back under government control after a Russian-backed military campaign helped President Bashar al-Assad force Jaish al-Islam, the rebel group which controlled Douma in 2018, to retreat.

The aerial bombing campaign that flushed them out followed a years-long siege of hundreds of thousands of residents, many of whom fled. Some who now want to return from Turkish-held areas in the north are not allowed.

Douma is part of the Eastern Ghouta region that touches the outskirts of Damascus.

The Syrian government and its ally Russia have denied involvement in any such attack.

Assad has survived the insurgency, which started as peaceful protests in March, 2011, a part of the “Arab Spring” uprisings that shook Egypt, Algeria, Tunisia and beyond. But nowhere has the fallout been as devastating as in Syria.

From a precarious position, Assad now holds sway over many parts of the country, helped by Russia’s military and Iran’s Shi’ite militias.