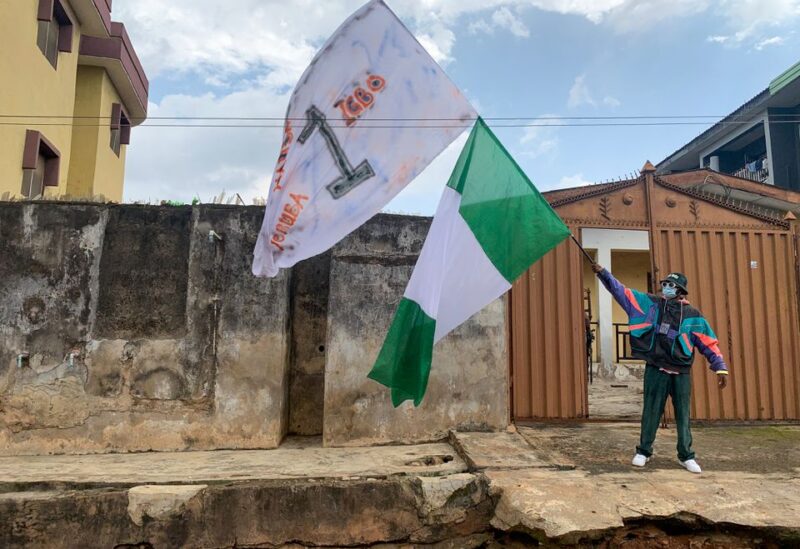 One year ago, Adebanjo Akinwunmi gleefully waved a Nigerian flag at the Lekki Toll Gate, a stretch of tarmac in front of toll booths on a highway on the outskirts of Lagos. Joined by thousands of his countrymen, he demanded an end to what demonstrators said was endemic police brutality.

But the ebullient protests, which had taken place in cities across the nation of some 200 million, ended there in a hail of gunfire there at Lekki Toll Gate.

The government has never acknowledged the extent of the violence. But it responded with promises to transform policing, including meeting the demonstrators’ demand to shut down the Special Anti-Robbery Squad (SARS), a unit activists blamed for a campaign of extortion, violence, kidnapping and intimidation.

One year on, activists say those government promises have proven hollow. SARS has largely been reconstituted under another name, and abuses are being perpetrated by other units with impunity.

“It is very disappointing,” Akinwunmi said, adding: “There’s no account on anything, any human life or property.”

In a statement last week, a presidential advisory council said federal and state governments had taken a range of steps, including establishing judicial panels, and that states would indict police for crimes.

“These are commendable actions that ought to be taken to a logical conclusion in a peaceful atmosphere,” the advisory council said in a statement.

Rinu Oduala, who served on a panel investigating police brutality in Lagos, quit in February in frustration because the body was failing to tackle the problem.

“While these panels were sitting, there were ongoing cases of police violence,” she said. “The government has turned a blind eye to it all.”

Far from becoming a more open society, Nigeria has slipped two points, to 45 out of 100, on the Freedom House index of world freedom. The watchdog cited extrajudicial killings, torture, and other abuses by military and law-enforcement agencies. Human Rights Watch said the hopes for accountability “remain inconclusive and bleak”.

In June, Nigeria banned Twitter after it deleted tweets by President Muhammadu Buhari. Activists say that makes it harder to organise.

Still, Akinwunmi is hopeful that the anniversary of the protests can again unite the nation.

“We will be able to remember the time that there was a time like this that we had one goal, one voice,” he said.