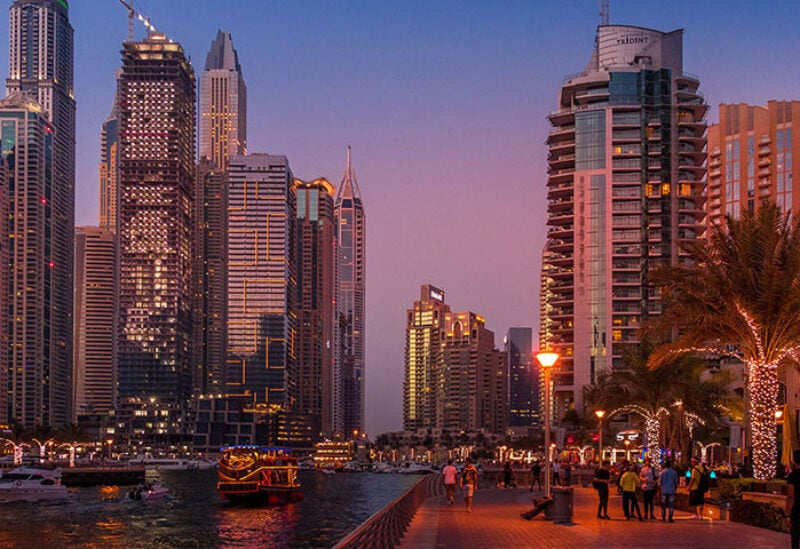 The UAE’s economy will continue to recover in 2021 driven by higher oil prices, a rapid Covid-19 vaccination push and a rebound in the services sector, according to Abu Dhabi Commercial Bank (ADCB).

A stronger rebound in economic activity is expected in the second half of the year as global travel restrictions are eased, ADCB said in its latest UAE Economic Update report: The road back to normal – a year of two halves.

“The next phase of the UAE’s recovery will be vaccination-led, allowing for a return in consumption back towards services,” the report’s authors said. “We see strong pent-up demand, especially related to leisure-related tourism, as witnessed at end-2020, which would be magnified when health concerns retreat.”

More than 345 million vaccines have been administered in 121 countries at a daily rate of 8.74 million doses, according to Bloomberg’s vaccine tracker. The UAE is in third place after the Seychelles and Israel on Monday, with a daily rate of 60.1 doses administered for every 100 people.

The recovery in the UAE’s services sector will become more significant in the second half of 2021, particularly in the final quarter with likely more widespread global vaccinations, hosting the Dubai Expo and more favourable weather, ADCB said.

There could be some outflows of tourism from the UAE over the summer with the demand for international travel, though business travel demand will lag behind, it said. A recovery in the “external facing” services is expected to boost other areas such as retail, alongside some increase in the population, it said.

The UAE’s trade and logistics sector will benefit from stronger demand for physical goods in the first half of 2021, the report showed. The re-tightening of lockdown restrictions in early 2021 in Europe, more online shopping and strong Asian export volumes point to “buoyant East-West trade momentum” in the first quarter, ADCB said.

The UAE’s tourism sector is likely to see a greater recovery in September driven by the Dubai Expo starting in October, the report said. Key tourism source markets, such as the UK and Saudi Arabia, are not due to ease their international travel restrictions until mid-2021, which may delay the recovery in tourism given the hotter summer months in the UAE.

With the possibility of some initial outflows of tourism from the UAE and the wider region over the summer as international travel reopens, the aviation sector could see an earlier pickup than domestic hospitality, it said.

In terms of domestic economic activity, ADCB expects a “modestly expansionary” fiscal stance in 2021 supported by the recovery in oil prices.ADCB expects the deficit to narrow markedly in 2021 to 1.1 per cent of gross domestic product with higher oil revenues more than offsetting the increased expenditure.

Brent, the international benchmark under which two-thirds of global oil is traded, and West Texas Intermediate, which tracks US crude grades, are nearly 30 per cent higher than at the start of the year.

Employment will gradually increase again in areas such as aviation and hospitality as activity begins to recover, though over a multi-year period, the report said.

However, some structural job losses across various sectors of the economy are unlikely to return quickly as companies have increased productive efficiencies, lowered costs and accelerated digitisation.

Dubai Expo will be “vital” in boosting domestic consumption with event participants and visitors from around the world expected to spend locally. This should also boost demand for short-term rental contracts from the end of this year into 2022, the report said.

The UAE’s real estate sector will see a further moderation in property sale prices in 2021 and 2022, albeit by a smaller scale than in previous years, assuming further supply enters the market from projects already underway, ADCB said.

“There will be fewer project launches going forward as developers seek to rebalance the market,” the authors said. “Over the longer term, an increase in taxation globally as governments look to strengthen their fiscal positions following the pandemic could support UAE property purchases by wealthy individuals attracted to the UAE’s favourable tax regime.”

Looking forward, ADCB sees project and investment activity being largely driven by oil, transportation (rail) and utilities (including renewables) sectors, with a stronger outlook for Abu Dhabi due to its multi-year hydrocarbon investment plan.

The UAE’s economy is forecast to grow 2.5 per cent this year, rising to 3.6 per cent next year, according to the UAE Central Bank.