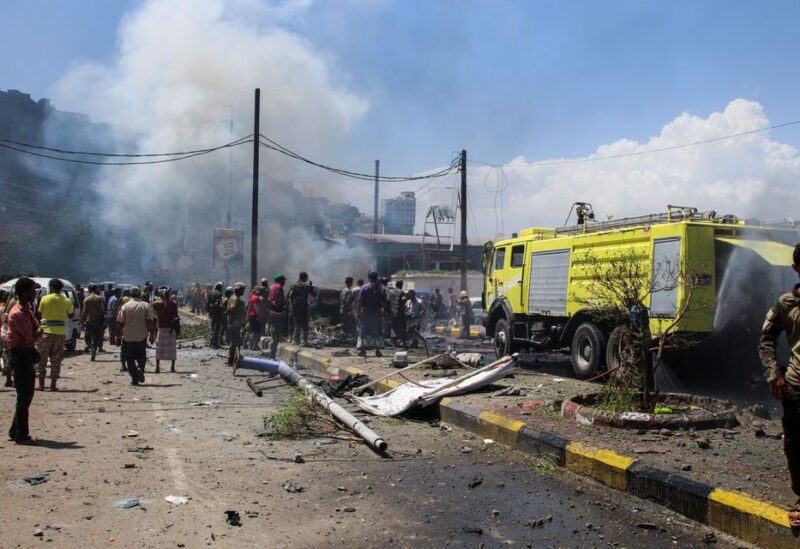 At least four soldiers in the convoy were killed, a security source said.

A military spokesman of the separatist Southern Transitional Council (STC) said at least five people were injured including three civilians, one of them a child.

A body covered with a blanket lay on the street next to a charred vehicle in al-Tawahi district, which houses the STC headquarters. Firefighters and police were deployed to the area.

Lamlas is secretary general of the STC, which has vied with the Saudi-backed government for control of Aden and Yemen’s wider south. STC has also seen infighting among its ranks.

The government and the STC are nominal allies under a coalition led by Saudi Arabia which has been battling the Iran-aligned Houthi movement.

Riyadh had brokered a deal to end the power struggle, including forming a new cabinet that includes STC members, but tensions have simmered.

Instability in the south complicates United Nations-led peace efforts to end the war in Yemen which has killed tens of thousands of people and left 80% of the population reliant on aid.

The military alliance intervened in Yemen in March 2015 months after the Houthis ousted the internationally recognised government from the capital Sanaa.

The government is based in the south while the Houthis control most of the north.