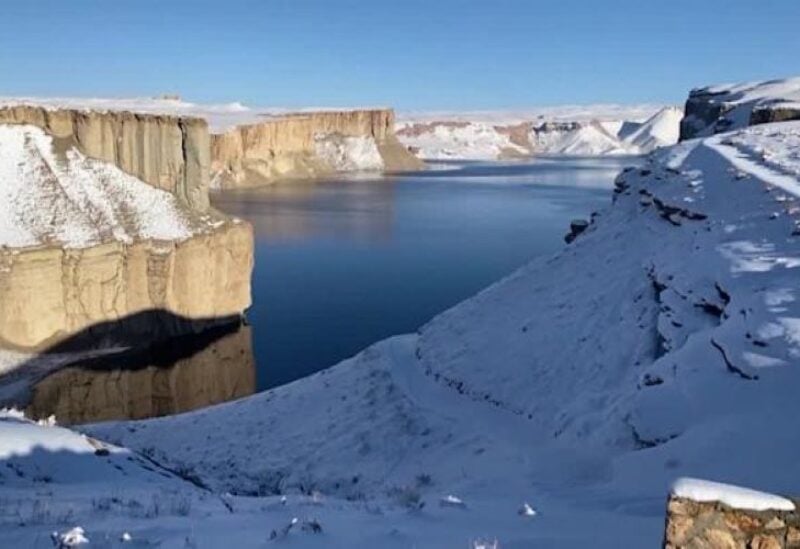 The winter environment around the deep, blue mountain lakes of Band-e-Amir in the central Afghan province of Bamiyan is an amazing sight when it is devoid of visitors – but the lack of visitors is costing residents dearly.

After two decades of conflict and the country’s greatest economic crisis, the fall of Afghanistan’s last vestige of tourism may go undetected.

However, Band-e-Amir, located around 3,000 meters (9,840 feet) above sea level and a couple of hours’ drive from the Buddhist monuments of Bamiyan, attracts thousands of travelers each year seeking refuge from the fighting.

All of that changed last year, when the Taliban marched through province after province, culminating in the shocking toppling of the Western-backed government in Kabul in August and plunging the economy into crisis as foreign investment dried up.

“It used to be quite nice; there were skiing programs and contests in the winter,” Sayed Reza, a tourist guide who also leases out apartments to travelers, said.

“There used to be so many visitors in the winter and spring, but since the Taliban came, we haven’t seen a single tourist in Band-e-Amir in the previous four months,” he claimed.

Bamiyan province was one of the few regions in Afghanistan that remained unaffected by the violence that has ravaged the country for the past two decades. It established a somewhat liberal society, with mountain sports playing an important part.

The throngs of picnickers and sightseers enjoying the natural beauty, as well as the skiers and bikers on the slopes and roads, provided a scene of carefree tranquility in sharp contrast to the carnage elsewhere.

Although Bamiyan as a whole remains largely impoverished and undeveloped, the tourism that continued during the years of conflict has left strong traces of affluence in the small settlement beside the lake.

Reza said that the 70 to 80 households who live in Band-e-Amir hamlet rely only on tourism and are already feeling the effects of the epidemic.

The remainder was taken care of by the economic disaster that followed the Taliban’s triumph.

“Due to the change in regime, we haven’t seen any tourists in Band-e-Amir this year,” Reza explained.