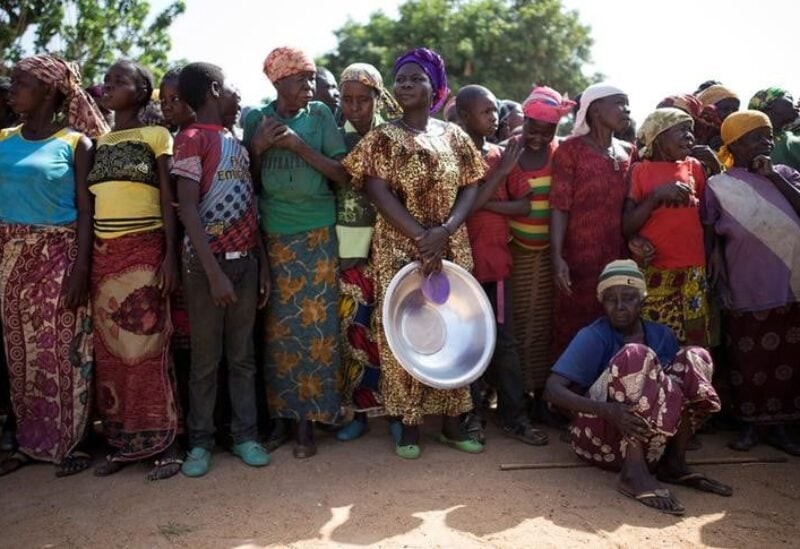 On the eastern bank of the river Congo lies Kinshasa, Africa’s third largest capital city after Cairo and Lagos. Kinshasa had long been billed as one of the top cities that would lead Africa’s renaissance, which now appears even more out of reach than before due to massive debts and over-reliance on outside factors.

At the beginning of the century, Congo embodied the dreams that were pinned on Africa, which appeared to be putting behind its bloody conflicts.

Major regional forces, such as Nigeria, South Africa, the Democratic Republic of Congo, and the Arab Maghreb, were leading Africa towards unprecedented heights.

However, the optimism was hampered by rampant poverty, the eruption of new armed conflicts, climate change and the coronavirus pandemic. The war on Ukraine was another factor that showed the extent Africa can be impacted by outside elements in spite of the continent’s massive resources and wealth.

President of The Association for Research and Cooperation in Support of Endogenous Development (ARCADE), Demba Dembele said only a handful of businessmen benefited from the economic growth in Africa.

He compared the growth to a mirage that was a product of outside factors, such the lowering of foreign debts by the group of industrial countries in the late 1990s.

In reality, infrastructure in Africa continued to suffer from the same problems, the financial situation remained precarious at best and the agricultural sector was recording the lowest production levels in the world, he remarked.

The emergence of the pandemic, despite its relatively mild impact on Africa, led the world to deep recession. The World Bank said some 29 million Africans were plunged in poverty and that Africa needed no less than five years to regain the previous growth rates.

During the pandemic, Africa became isolated from the world due to its poor air transportation networks. This in turn hampered the development of trade networks deep into the continent.

Another element is local governments’ inability to take monetary measures that would stimulate the economy and ease the impact of stalled production, a move that was taken by nearly all western countries.

Another element is the extent of the unregulated economic sector that impeded the adoption of effective measures that could provide social security to the masses.

Added to the above are foreign debts that continue to deplete African resources. The debts account to 30 percent of the budgets of some African countries, with the figure reaching 60 percent in others.

The greatest challenge confronted by Africa during the pandemic was the West’s monopoly of vaccines. Africa only received 1 percent of the produced vaccines and even today, vaccination coverage does not exceed 20 percent of the entire population in the continent.

This has hampered economic revival in Africa. Moreover, the war in Ukraine has shifted the world’s attention to eastern Europe. Africa imports nearly half of its wheat from Russia and Ukraine. Africa has also been affected by the rise in fuel prices across the globe.

The head of the World Food Program’s regional office in central Africa had said poverty and famine had reached record numbers in areas witnessing armed conflict or long periods of drought or heavy rain. Millions in the Horn of Africa, Congo, Mozambique, Ethiopia and Chad rely on aid from the WFP.

The economic crisis and dire living conditions would have inevitably impacted the political situation in Africa. Several countries, such as Sudan, Mali, Chad, Burkina Faso and others, have witnessed a series of coups. Tensions are also brewing in other countries.

Meanwhile, African Union officials have for months been trying to activate the free trade treaty that was signed by African leaders in 2018. High hopes are pinned on the establishment of a unified free African market that would allow the freedom of movement between countries of the Union and eliminate 90 percent of customs fees.

Experts had hoped that the treaty would eliminate some hurdles in Africa that still remain since colonial times, such as geographic and ethnic divisions that are resolved briefly before erupting again.

The experts agree that the resolution of these rifts is key to achieving the great upward shift aspired for by Africa and that it greatly needs. Despite its massive potential, Africa only contributes to a little more than 2.7 percent of the world’s industrial production. Africa, which is home to nearly 2 billion people, holds the world’s largest basic metal wealth that is needed in major technologies.

A number of African countries have kicked off major projects that would help address the major logistic and structural hurdles hampering the implementation of the trade treaty.

Nigeria is building an oil refinery at a cost of over 21 billion dollars. Once complete, it will be the world’s largest. In the Ivory Coast, the government has laid the foundation for the establishment of a factory that would process 50,000 tons of cocoa annually. Gabon, whose economy was reliant on oil exports, announced that it was shifting towards the wood industry that has become the second major source of its global exports.

All of these initiatives aim at providing job opportunities in Africa where unemployment among the youth is seen as a ticking time bomb that is a threat to social security.

Meanwhile, international organizations have sounded the alarm over the catastrophic impact of climate change on Africa. They have appealed to wealthy countries to lend a hand to African countries that are most vulnerable to the repercussions of climate change.

The United Nations recently warned that waves of drought had increased threefold in the past four decades, leading to famine and internal migration that affected 40.5 million people in the last year alone.