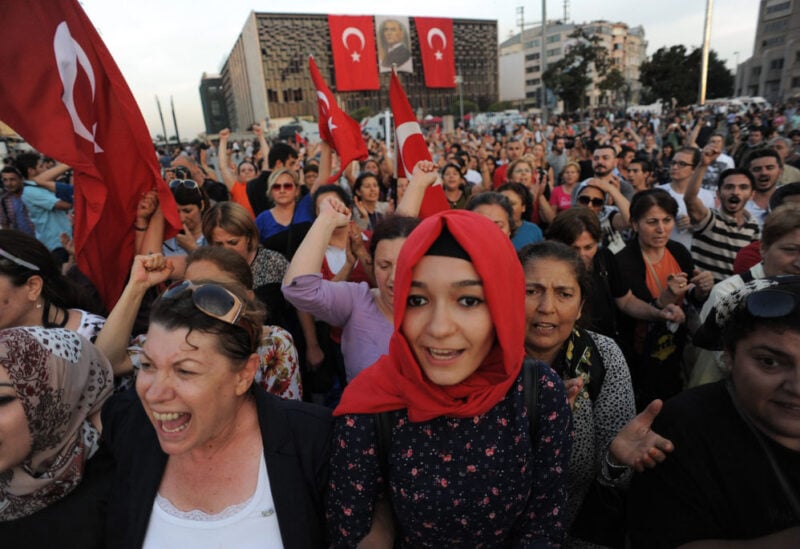 Turkey, We will stop femicide protest

In separate streets and squares in the Turkish city of Istanbul, especially in Kadikoy and Taksim Square, protests against the decision to withdraw from the Istanbul agreement to stop violence against women have not subsided for five days.

The Turkish authorities’ attempts to stop them, according to what feminist activists say, have not found their determination to continue protests in the coming days, to achieve three goals, most notably the abolition of the decision to withdraw from the agreement and the implementation of all its provisions, in addition to promoting equality and a free life for women in the country.

The “We Will Stop Femicide” human rights group is considered the most prominent and the main actor overseeing these protests. “It is our right to live in this country, and it is also our right to live in equality, and we will not stop this demand,” said its media representative, Melik Onder, in statements to Al-Hurra.

Onder, who participated in the protests and is preparing to participate in a new round of them in the coming days, believes that the presidential decision to withdraw from the Istanbul Agreement will negatively affect the rates of violence against women in Turkey.

She explains: “After withdrawing from the agreement, the sponsors of violence will see that the state is no longer standing by the woman,” meaning that there will be no “monitor or watchdog anymore,” and matters may be lost further.

Since Saturday, Turkish President Recep Tayyip Erdogan’s decision to withdraw from the Istanbul agreement to stop violence against women has become the concern of the Turkish street, as it came suddenly and touched an issue that is considered sensitive, and that raises the anger and fears of a large segment of women.

The decision, which was published in the Official Gazette, divided reactions about it, and while a segment of citizens supported it, mainly from “conservatives”, another rejected it, and considered it a violation of women’s rights in the country.

On the other hand, the “Turkish Presidency” said in a statement that the decision to withdraw from the agreement “does not mean in any way the complacency of the Turkish state in protecting women.”

She added that the agreement was initially aimed at encouraging the promotion of women’s rights, but it was manipulated by a group trying to normalize homosexuality.

The Istanbul Agreement is the same as the European Council Convention on Preventing and Combating Violence against Women and Domestic Violence, but it has become linked to the name of the city of Istanbul, since it was signed on its land in 2011.

Years ago, there were voices in the country’s ruling Justice and Development Party and its ally, the National Movement Party, claiming that the Istanbul Agreement encourages violence by “undermining the family structure.”

On the other hand, voices of opposition were loud, considering that the agreement, despite its signature, did not witness strict implementation of its provisions, which was confirmed by the media representative of the “We Will Stop Femicide” human rights group, Melik Onder, saying that the day before the decision to withdraw witnessed violence and killing against women.

In the context of her speech, Onder notes that five of her companions have been subjected to “suspicious” killings in the past two days, without knowing any other details.

Last year, 300 women were killed in Turkey, according to the “We Will Stop Femicide” group, which called in a message via Twitter in recent days for what it described as “a collective fight against those who broke the Istanbul agreement.