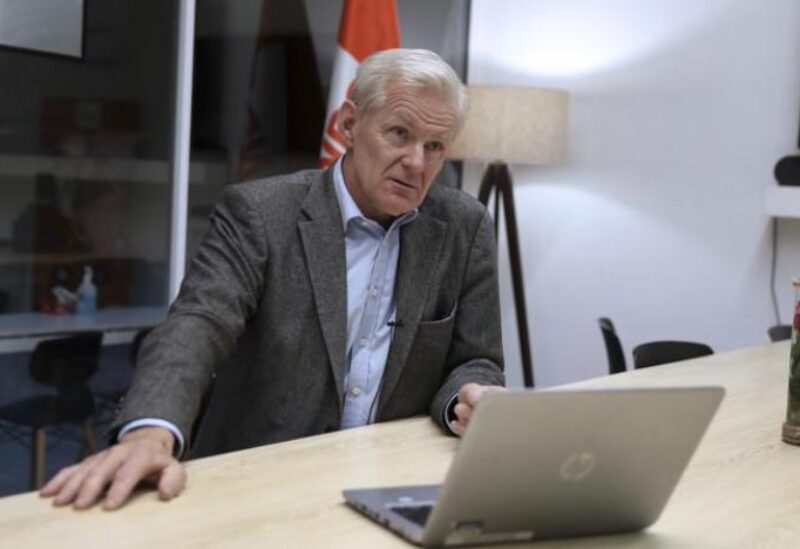 Thousands of Afghan refugees are fleeing the Taliban into neighboring Iran every day and the trend could eventually become a crisis for Europe, a top aid official said Wednesday.

Jan Egeland, secretary-general of the Norwegian Refugee Council, visited refugees this week around Kerman province in eastern Iran close to the Afghanistan border. He warned that Europe could be affected if the influx into Iran continues.

Speaking to The Associated Press in the capital Tehran at the end of his trip, Egeland said more needs to be done to provide hope, food and care for Afghans fleeing the Taliban.

“Many Afghan refugees called their relatives telling them they are on their way to Iran and many want to go on to Europe, so Europe should be less occupied with a few thousand (refugees) sitting on the Polish-Belorussian border.”

“More people came today to Iran than are now on that border,” he added.

More than 120,000 Americans, Afghans and others were flown out of Afghanistan during a massive airlift operation in the days after the capital of Kabul fell to the Taliban on Aug. 15. But thousands more were left behind, with many fleeing to the borders and seeking help from aid agencies.

An estimated 300,000 have fled Afghanistan into Iran since the Taliban takeover, according to the NRC.

“There is no economy, there is very little assistance, and there is too little shelter and food for millions and millions in need,” Egeland said.

He said that as the Afghan winter arrives and there are not enough shelters for refugees in Afghanistan, more refugees will enter Iran.

“We expect this to become even more acute as hundreds of thousands are coming to the border between Afghanistan and Iran. Winter will be horrific in Afghanistan,” he said.

The secretary-general urged wealthy countries to immediately scale up their aid contributions, both inside Afghanistan and in neighboring countries such as Iran, before the deadly winter cold.

According to the NRC, between 4,000 and 5,000 Afghans are fleeing into Iran each day through informal border crossings. It said Iran has supported those Afghans, in addition to hundreds of thousands of others who have been sheltering in the country for much longer — some for decades.

During his trip to Kerman province, Egeland met with some of the refugees and he said that the 3.5 million Afghan migrants already in Iran are struggling as a result of US sanctions on Iran.

Iran’s interior minister, Ahmad Vahidi, on Tuesday said Iran has several thousand people at its border with Afghanistan every day. He, too, warned that a fresh wave of Afghan refugees might attempt to go to Europe if help is not delivered.