Al-Qaeda ‘shadow of former self’ decade after Bin Laden death 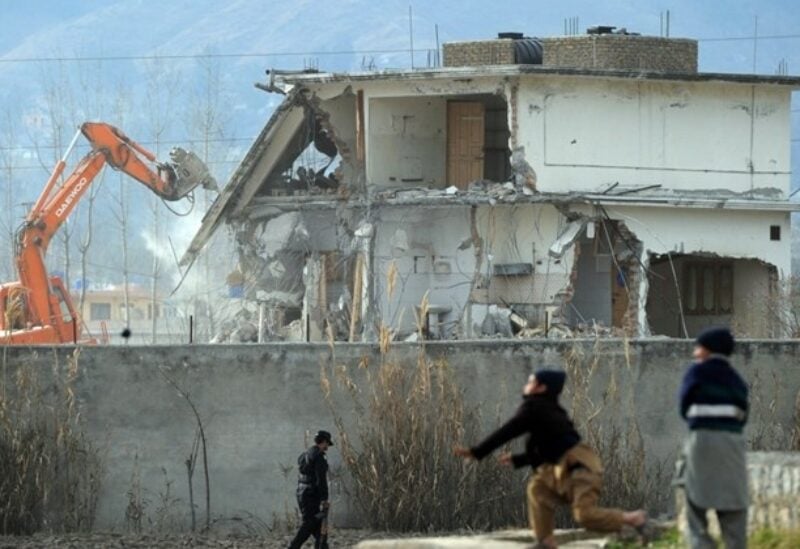 PARIS: Ten years after the killing of its founder Osama bin Laden, Al-Qaeda bears little resemblance to the terror network that struck the US on September 11, 2001, but remains a threat even under a starkly different leadership structure.

After his killing in Pakistan by US special forces, Bin Laden was succeeded as Al-Qaeda’s chief by the Egyptian jihadist Ayman al-Zawahiri, an ideologue who has cut a far less charismatic presence.

Zawahiri has had to lie very low, most likely around the Afghanistan-Pakistan border, amid speculation over whether he is still even alive, while the group has now mutated into something very different.

“AQ central is a shadow of its former self,” Barak Mendelsohn, a terrorism expert at Haverford College in Pennsylvania, told AFP. “Zawahiri’s biggest success was to keep Al-Qaeda alive.”

Mendelsohn said that rather than being a coherent decision-making centre, Al-Qaeda’s leadership is now more akin to a “board of advisors” rallying and assisting jihadists across the world.

Zawahiri, 69, has seen Al-Qaeda essentially franchise out its operations from the Maghreb to Somalia to Afghanistan, as well as in Syria and Iraq.

“Under Zawahiri’s stewardship, Al-Qaeda has become increasingly decentralised, with authority resting primarily in the hands of Al-Qaeda’s affiliate leaders,” according to a recent report from the Counter Extremism Project (CEP) think-tank.

It said Zawahiri had indeed played a major role in the reorganisation of numerous jihadist groups under Al-Qaeda’s umbrella.

At the end of 2020, unconfirmed reports re-emerged that Zawahiri had died from a heart condition, the latest in years of rumours that he was in fact dead.

He later appeared in a video denouncing the plight of the Rohingya Muslim minority in Myanmar.

But the lack of any firm date on the video made it impossible to confirm or deny if he is still alive — and analysts have already noted his exceptional longevity since he joined up with jihadist circles four decades ago in Egypt.

The uncertainty over the composition of Al-Qaeda’s leadership was intensified last August following the killing in Tehran, reportedly by Israeli agents, of Abdullah Ahmed Abdullah, the group’s number two under al-Zawahiri and known by his nom-de-guerre of Abu Mohammed al-Masri.

If Zawahiri is still alive, it means Al-Qaeda is led by a man most likely in ailing health who, despite being one of the architects of the September 11, 2001, attacks, lacks the macabre magnetism of his predecessor.

The US has issued a $25 million bounty for Zawahiri and put him on its most-wanted terrorists list, but analysts say officials do not seem overly concerned about him, and are not making overt efforts to hunt him down.

Washington’s lack of interest may be down to the weakening importance of Al-Qaeda as a decision-making hub, coinciding with the rise of the rival Islamic State group.

IS, which at its peak controlled a self-proclaimed “caliphate” comprising swathes of Iraq and Syria, notably stole the thunder of Al-Qaeda in media as its radical voice dominated social networks.

Rather than joining forces, the two groups have fought on numerous battlefields in the Middle East and Africa, and Al-Qaeda is still confronted with a challenge to remain relevant.

Whatever Zawahiri’s fate, his era is coming to a close and experts point to one clear candidate as his possible future successor, his fellow Egyptian Saif al-Adel.

Adel is a former lieutenant-colonel in the Egyptian special forces who joined the Egyptian Islamic Jihad group in the 1980s. He was arrested but was later freed, and travelled to Afghanistan to join Al-Qaeda under Zawahiri.

“Adel played a crucial role in building Al-Qaeda’s operational capabilities and quickly ascended the hierarchy,” said the CEP, adding that he also had a central role in training the plane hijackers who carried out the September 11 attacks.

A UN report from 2018 said that he was based in Iran. In the wake of Masri’s reported killing in Tehran, Iran reaffirmed its denials of offering sanctuary to Al-Qaeda operatives.

“There is a possibility of a surprise, maybe there would be a move to the next generation,” Mendelsohn said.

And with Adel still very much a shadowy figure about whom little is known, Mendelsohn added that it is not clear what kind of reputation he has among younger fighters.

Colin Clarke, research director at the US-based Soufan Center think-tank, added that “it is important to differentiate between Al-Qaeda the organisation and the movement it helped spur.”

“To some, the Al-Qaeda core that was led by Osama bin Laden and his deputy, Zawahiri, is a relic of a bygone time,” he said. “But it has proven remarkably resilient in the past. It’s too early to write the group’s obituary just yet.”