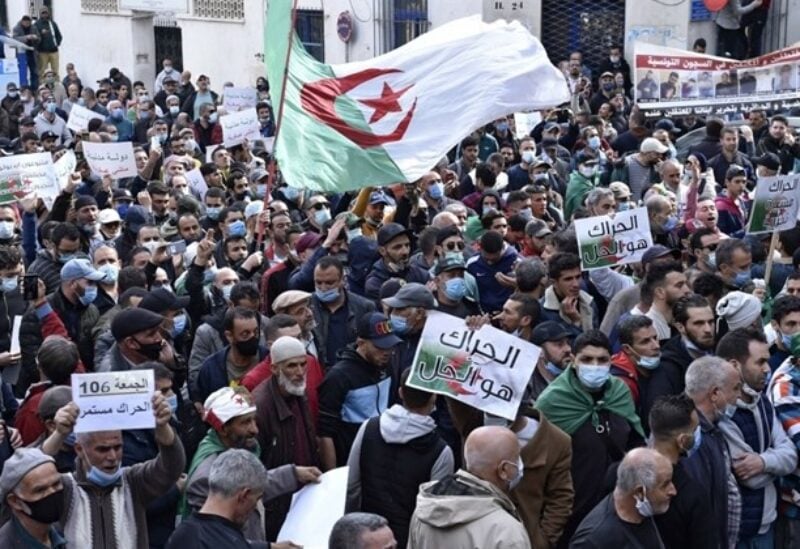 ALGIERS: Unrest broke out late Sunday in a southern Algerian town after a blogger and activist was handed a seven-year jail sentence for condoning acts of terrorism, a news website reported.

In a video posted on social media, protesters were seen hurling stones at police as tear gas filled the air.

Guerrache’s mother appealed to President Abdelmadjid Tebboune to release her 31-year-old son, in another video.

According to Algeria’s prisoners’ support group CLND, the activist was found guilty of condoning terrorism, incitement to acts of terrorism and illegal gatherings, and offending the president.

Guerrache, arrested last July, had for years been a key activist behind the “Mekhadma” protest movement, named after a neglected district of the town, according to CLND.

Ouargla, some 570 kilometres (355 miles) south of Algiers, is the capital of an oil-rich region where youth unemployment runs high.

The official APS news agency said judicial police had found a more than hour-long video message of “hateful sermons” and protest calls on Guerrache’s Facebook account, as well as a photograph of an unnamed “terrorist” on his mobile.

The justice ministry said Saturday that 59 pro-democracy activists have been released from jail under presidential pardons announced on February 18.

Tebboune, who was elected in December 2019 on a very low turnout in a poll boycotted by the protest movement, has made several bids to head off renewed anti-government rallies.

But another 700 people were briefly detained on Friday during marches around the country of the “Hirak” protest movement, according to rights groups.