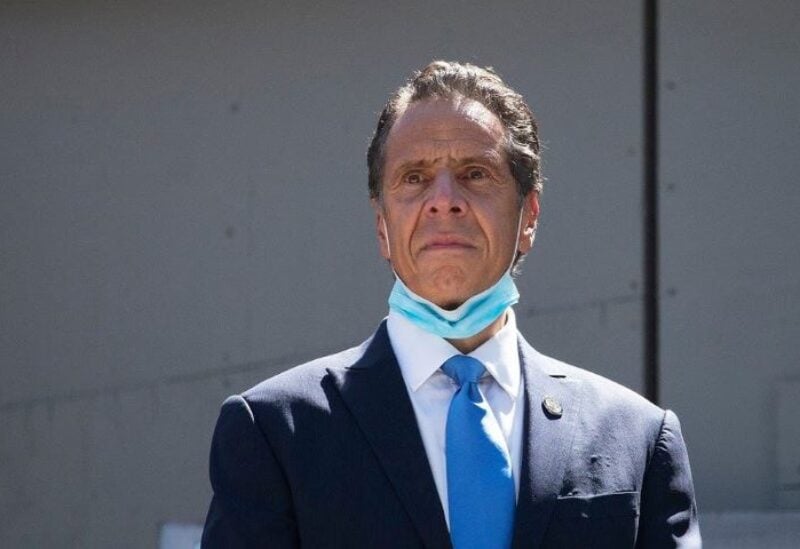 Ex-NY Gov. Andrew Cuomo, who officially left office this week in the wake of a state AG report earlier this month alleging he sexually harassed 11 women, last year signed a $5.1 million deal for his memoir, which includes $2 million in payouts this year and next, according to a financial disclosure form filed in May.

Former Gov. Andrew Cuomo could be forced to return royalties gained from his lucrative book deal if he is determined to have violated New York law, reported the New York Post.

​The Federal Bureau of Investigation (FBI) and federal prosecutors are looking into whether the ex-governor may have misused state funds by employing staffers to help write and produce the book. Crown Publishing Group paused reprinting and reissuing copies of the tome after sexual harassment allegations against Cuomo made headlines in late February.

In line with the contract, the then-governor received the bulk of the royalties for the book – $3.12 million – last year, and is to receive another $2 million in installments over the next two years, according to figures released by his office in May.

“If the financial gain is significantly more than any fines or penalties [that] can be invoked, there’s an obvious encouragement for the behavior… if I get a $5,000 fine for a $5 million book deal — that’s not much of a deterrent. So I guess my question is, again, hypothetically, if financial gain is significant, is there a mechanism for JCOPE to claw back beyond just a standard fine or penalty, but the actual gain itself?” State Sen. Dan Stec (R-Queensbury) asked Joint Commission on Public Ethics (JCOPE) executive director Judge Sanford Berland at a New York state Senate Ethics Committee hearing on Wednesday, according to the outlet.
According to Berland, the statute does provide “for a penalty that includes recoupment of the compensation or benefits received by the individual.”

Previously, Judge Berland warned the move to retrieve the funds could face legal hurdles if a full panel JCOPE vote took place on the action. Under state law, when the subject of a JCOPE investigation “is a statewide elected official,” at least two of the person’s appointees, who are also members of the same political party, must vote in favor for a full investigation to proceed.

If the same rule applies with the disgraced politician out of office, Daniel Horwitz and Rob Cohen, the two remaining Cuomo-appointed commissioners on the panel could block any JCOPE investigations into him.

New York’s public officer’s law prohibits elected officials from engaging in activity to enrich themselves. All matters pertaining to an out-of-office income require approval from the ethics agency.

Aides to New York Gov. Andrew Cuomo in April pushed back against his administration’s claim that they “volunteered” to help with his memoir. Cuomo staffers told the Times-Union that their work on the book was “expected”.

“It was not optional,” a former aide was cited as saying.

Andrew Cuomo has denied all allegations, arguing that aides had volunteered to work on his memoir.
Commissioner Gary Lavine, a Republican appointee, was cited as saying:

“We promulgated a rule having to do with applications for outside activity — meaning outside income. The rule requires a vote of the commission. But there was no vote on the book deal, in fact it was never presented to us. The staff took the position that no vote of the commission was necessary. I will move tomorrow to rescind the informal opinion,” said Lavine, referring to a public session of JCOPE’s meeting Thursday.

He added: “The grounds for rescission on the approval is the material misrepresentation that there would be no state resources used to write the book and effective its publication.”
If voted on and approved, the move would require Andrew Cuomo to reapply for approval ibn 10 business days. Subsequently, the panel would review the application and take a vote on it.

Andrew Cuomo, 63, announced earlier in August that he was resigning amid allegations that he had sexually harassed nearly a dozen female colleagues. While accepting full responsibility for his actions, he nevertheless branded the accusations as “false”. The sexual abuse allegations followed earlier claims that the then-NY Governor had covered up COVID-19 deaths in nursing homes as fatalities that occurred in intensive care units across his state.

Cuomo named New York state Lieutenant Governor Kathy Hochul as his replacement. It is currently not clear whether his resignation will absolve him of any criminal charges.

Federal prosecutors in Brooklyn are investigating whether there might have been attempts to conceal the full death toll of nursing home residents during the pandemic, while at least five local prosecutors have opened investigations into the sexual misconduct allegations against Cuomo. Attorney General for the State of New York Leticia James’s office is exploring whether Andrew Cuomo may have used state resources to write his book.