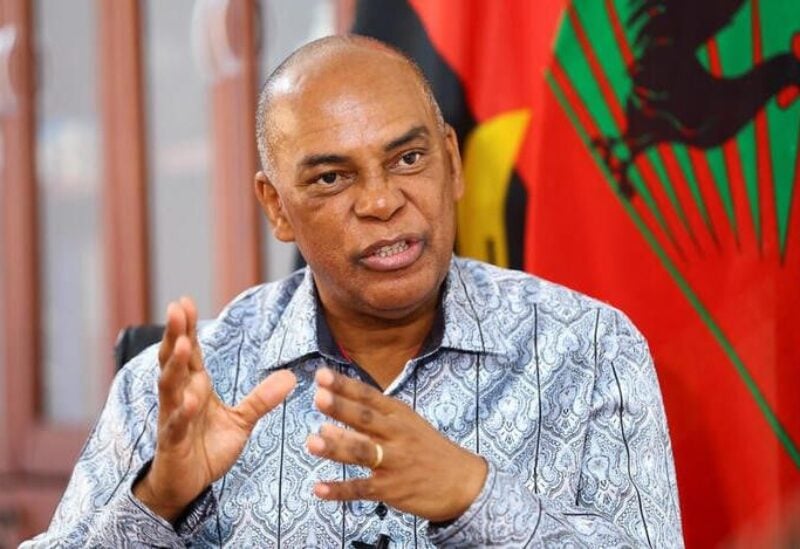 The leader of Angola’s largest opposition UNITA party charged that the ruling party was creating an undemocratic one-party state and suggested that there was a chance the election’s outcome might be challenged.

Angola is gearing up for a vote on Wednesday that is likely to be the tightest since the first multi-party election in 1992. The MPLA, of current President Joao Lourenco, has governed the country since it won independence from Portugal in 1975.

“It is a one-party regime, a big cancer that the country must get rid of,” UNITA leader Adalberto Costa Junior told Reuters in an interview, adding that the MPLA does not allow Angola to be a democracy.

The country, Africa’s second-biggest oil producer, emerged from a 27-year civil war between the MPLA and UNITA in 2002. read more

Some critics of the government have voiced concern the election may be tainted. There are only 2,000 observers to cover a country twice the size of France, the final vote counting from all stations has been centralised in the capital Luanda, and some opinion polls have been restricted. read more

The MPLA did not reply to a request for comment about election transparency and fraud. It has previously said it would respect the result of the vote.

UNITA and civil society have accused the MPLA of controlling the country’s main institutions, from the courts to the media. Lourenco declined a request for interview, but speaking in March said the Angolan courts exercised their powers independently.

At a rally on Saturday in the suburbs of Luanda, he said there was now much more media freedom compared to when he was elected in 2017.

Handpicked by his predecessor Jose Eduardo dos Santos when he stepped down in 2017 after ruling Angola for 38 years, Lourenco, who is seeking a second term, has pledged to fight corruption, boost the economy and open up the democratic space.

But Costa Junior said promises had not been fulfilled and reforms had not translated into better living conditions for Angolans.

Asked if he would contest the result if there was a strong suspicion of fraud, Costa Junior said that if the process was not democratic, the party would use all legal mechanisms, national or international, at its disposal.

He said the party already had proof of several violations, such as vote buying, but said he still believed the electoral commission would make changes to avoid fraud.

“We need to have the most democratic election possible but we are not sleeping,” Costa Junior said, leaving a warning to the MPLA: “Don’t be too distracted.”

The MPLA did not immediately reply to a request for comment on allegations of vote buying.

Costa Junior urged voters to remain near polling stations after they cast their ballot to monitor the election process. A report by the Institute for Security Studies said that if an MPLA win is perceived as fraudulent, unrest could follow.