Arab states and the road to implementing the Paris Agreement 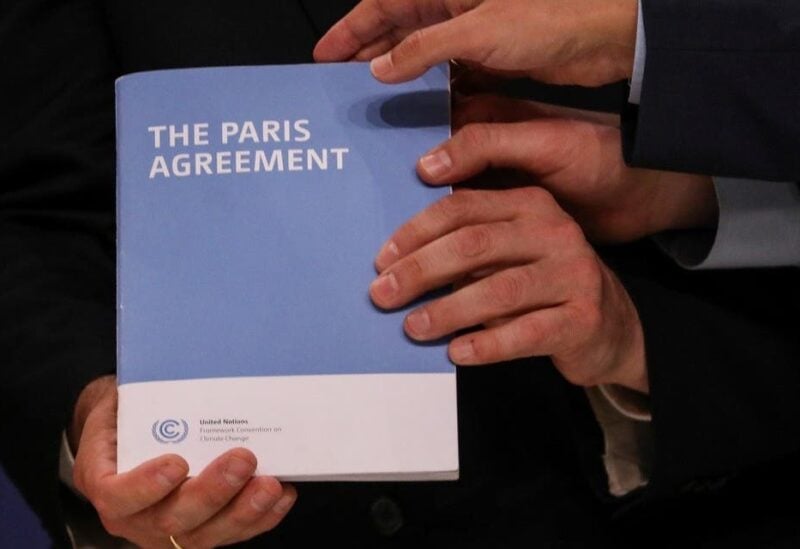 The governments and peoples of Arab states are facing a heavy responsibility to meet the commitments of implementing the 2015 Paris Agreement over the next three decades, especially given the difficult conditions in most of these states today while international resolutions are driving a change in the current era of energy. What might be more important than these resolutions is the industrial activity that is currently afoot in global companies, which pushes to replace many legacy infrastructure with state-of-the-art systems. A new era of energy is upon us, and the world is approaching the age of sustainable energy, which is set to start by the middle of this century.

Surely, this shift in the energy industry will impact Arab societies and economies significantly, be they petroleum-exporting countries or others. This impact is particularly expected in the infrastructure of Arab economies, especially in terms of power generation and access to energy, as well as in the transportation sector, starting with electric or hybrid cars to modern electric public transport, including zero-carbon aviation fuel, high-speed electric trains, and the potential of self-driving cars.

By 2050, states will have to halt the use of power plants that rely on carbon-intensive petroleum fuels and build new power plants that rely on sustainable solar or wind energy. The core of most of these changes will be lithium electric batteries. These changes require billions or even trillions of dollars in investments in alternative industries. As such, these states will have to either fund these investments themselves, and thus, reduce funds allocated to social and educational development; borrow from local financial institutions if the latter indeed have the needed funds; or resort to regional and international development funds to get facilitated loans or contributions to the capitals of new projects.

The kickoff of new ventures will depend on the situation, priorities, economic performance, and political stability of each country. Indeed, most GCC states have already initiated this required gradual shift.

In fact, national petroleum companies in some Arab states have already embarked on a dual path of curbing carbon emissions through the collection and storage of carbon dioxide associated with petroleum production, and initiating local production of hydrogen, the expected zero-carbon energy fuel of the future.

The logic behind these two steps lies in the need to improve environmental situations and to establish fuel production for the new age with a view to reaching hydrogen production. As this path begins, we must expect a continuous development of technologies in the coming period, as has happened with mobile phones and electric batteries.

The first objective is to collect and sequester carbon dioxide from various sources. So, to prevent fossil fuels from being released into the atmosphere and contributing to climate change, it will be buried underground after sequestering the gas and confining it in tanks or geological formations in the depths of seas or wells. Carbon capture and storage is a new technology that was first commercially implemented with success in Germany in 2000. Nonetheless, projections are still divergent regarding the impact of long-term carbon dioxide storage in deep seas for fear of repercussions. Another carbon dioxide recycling technology is currently being developed to halt the short- and medium-term negative effects of emissions.

The second objective is hydrogen production. For decades, hydrogen enticed scientists because it is carbon-free, and the only by-product of burning it is water. According to Scientific American magazine, the traditional hydrogen production process involves the exposure of fossil fuel to steam — the farthest that can be from carbon-free. Hydrogen produced this way is called grey hydrogen. If carbon dioxide is captured and sequestered, it becomes blue hydrogen. There is also green hydrogen, which is produced through electrolysis using machines that split water into hydrogen and oxygen, with no other by-products. In the past, electrolysis required a great deal of electric energy, making hydrogen production that utilizes this method unviable.

However, the situation has changed now, due to the availability of excess renewable electricity at grid scale. Rather than storing excess electricity in many batteries, it can be used in the electrolysis of water to store electricity in the form of hydrogen. The second novelty that supports green hydrogen production, according to Scientific American, is the increased efficiency of electrolyzers.

Arab national petroleum companies, especially in politically stable and financially capable states, are already working on programs of this kind. The problem lies in unstable Arab countries that are trying to limit foreign interference and realign their ranks amid widespread corruption. National petroleum companies in these states carry on with their traditional petroleum production, paying no mind to modern technologies that will be serving global markets by 2050.

This article was originally published in, and translated from, the pan-Arab daily Asharq al-Awsat.