Armed militia announces responsibility for death of US citizen in Iraq 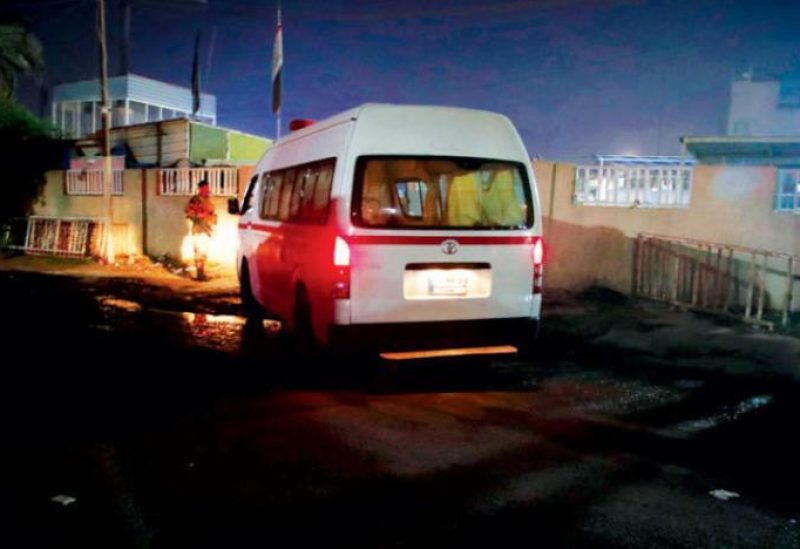 Zayed Hospital, where US citizen Stephen Troll died after the attack

An armed militia calling itself Ashab al-Kahf claimed responsibility for killing the US citizen, Stephen Troll, in Baghdad on Monday evening.

The group announced in a statement that Troll was killed in retaliation for the killing of the Quds Force commander, Qasem Soleimani, and the commander of the Popular Mobilization Forces (PMF), Abu Mahdi al-Muhandis.

However, the investigation committee did not publish the results of its probe into the incident to determine whether it was a criminal or a terrorist attack carried out by an armed group.

Unnamed sources said that if investigations revealed it was a terrorist attack, it would signal the beginning of a dispute with Iraqi Prime Minister Mohammed al-Sudani, mainly that Washington has shown full support to his government.

The Media Cell of the Joint Operations Command said that the Prime Minister had directed the Minister of Interior, Abdul Amir al-Shammari, to form a committee of specialized agencies to investigate the incident.

Local media reported that gunmen had shot the US citizen while driving through the Karrada neighborhood and that he died in Zayed Hospital.

Reuters news agency quoted a source in the Iraqi police as saying: “Our initial investigation and eyewitnesses showed that armed men were trying to kidnap the American citizen.”

He said the victim was carrying an identity card that showed he worked as an English language teacher, while sources said that he worked in an aid agency.

The US State Department confirmed that a US citizen has died in Baghdad, one day after police in Iraq said an American was killed in a failed kidnapping attempt.

On Tuesday, one day after Iraqi police announced the death of Troll, the US State Department confirmed without elaborating that Stephen Troll died in Baghdad.

“We are closely monitoring the investigations of local authorities into the cause of the death,” they said.

Later, the US ambassador to Iraq, Alina Romanowski, announced that her country was looking forward to a more significant partnership with the government of Sudani.

Romanowski was then received by Iraqi Minister of Finance Taif Sami. She emphasized the US support for Iraq and its peoples, and the need to strengthen cooperation between the two countries.

For her part, Sami praised the bilateral relations between the two friendly countries.

-Real Estate in the Green Zone

Meanwhile, sources said that Sudani seems confident of the steps he is taking or intends to take against corruption.

Observers fear that his steps could diverge from the political forces supporting him if he tries to counter their influence or limit their financial or political control.

Sudani hinted at addressing the issue of state real estate in the fortified Green Zone, which includes the government palace, parliament, and many state institutions and embassies, namely the US embassy.

The armed group “Ashab al-Kahf” remained mysterious since it first appeared in 2019, and although it is a front for one of the influential Shiite factions, analysts indicate that it is a “soldier” that implements the agenda of all “resistance” parties in the country.

Ashab al-Kahf claimed responsibility for several violent attacks with explosive devices on convoys since March 2020 and at least one missile attack on the US Embassy.

The factions have generally intensified their attacks since the assassination of Soleimani and al-Muhandis, but most of the attacks focus on the logistical support convoys of the US forces.

Washington Institute for Studies claimed there was evidence connecting the group to Asaib Ahl al-Haq, based on an analysis of social media posts and accounts promoting its activities.

Ashab al-Kahf’s attacks declined after September 2020, when the group announced on Twitter and Telegram that it “has been betrayed” and felt very let down by the rest of the factions.