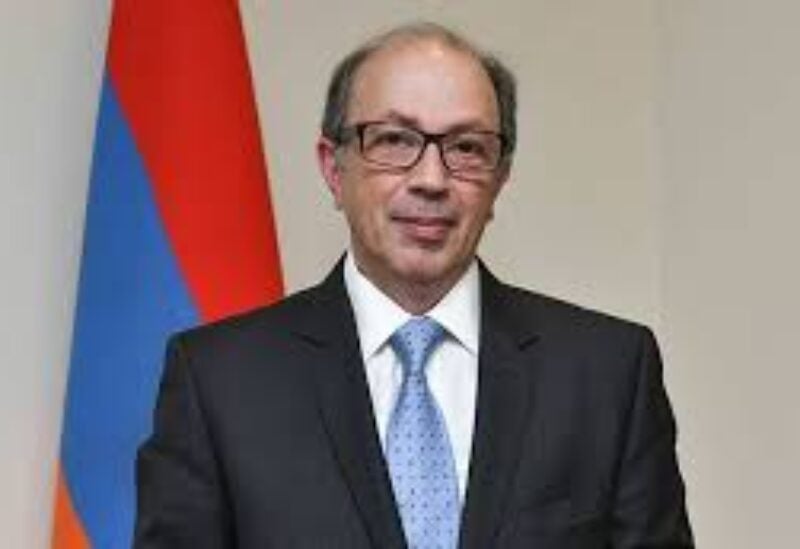 Armenia’s Foreign Minister Ara Aivazian heavily criticized Turkey , saying it was no secret that Ankara plays a destabilizing role in the region.

“Well, it’s not a secret that Turkey played and continues to play extremely destabilizing role in our region. That role was vividly exposed during the recent 44 days of aggression unleased by Azerbaijan,” Aivazian told Al Arabiya in an interview.

“That country not only merely supported Azerbaijan but was directly involved in all military actions and phases of this aggression starting from planning to ground operations,” he added.

After six weeks of fighting late last year, Azerbaijan and Armenia signed a Russia-brokered ceasefire for the enclave, which is internationally recognized as part of Azerbaijan but mainly populated by ethnic Armenians.

Turkey backs Azerbaijan over Nagorno-Karabakh, and has criticized the co-chairs of the Organization for Security and Co-operation in Europe (OSCE)’s so-called Minsk Group for not resolving the long-running conflict in decades of mediation. The Minsk Group is led by the United States, France and Russia.

“Turkey, I would like to recall together with Azerbaijan on the threshold of the war, conducted a large-scale military drill with the involvement of Turkish Air Force. That country resorted to the now usual toolkit, if the expert of foreign terrorist fighters to our region for its power projection,” Aivazian said.

Aivazian warned that lessons must be learned from its experience of the Armenian genocide, which Turkey still refuses to acknowledge fully.

“160 years have passed since the Armenian genocide, yet Turkey continues to spearhead new atrocities against Armenia now in our region. And yet the South Caucasus is not the only target of Turkey,” he said.