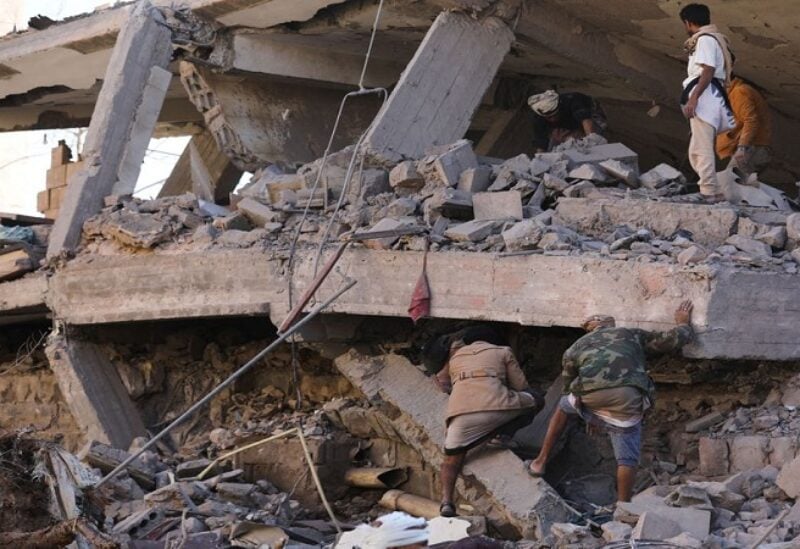 Air strikes by the Saudi-led coalition fighting Yemen’s Houthi group on the capital Sanaa killed at least 20 people overnight, including civilians, Houthi media and residents said, in one of its deadliest attacks since 2019.

Around 14 people were killed when coalition planes struck the home of a high-ranking Houthi military official, including his wife and son, according to neighbours and a medic.

The air strikes followed Monday’sdrone and missile attack on coalition partner the United Arab Emirates that was claimed by the Iran-aligned Houthis and killed three people.

U.N. Secretary-General Antonio Guterres “expresses his concern and deplores” the coalition air strikes, his spokesman Stephane Dujarric said on Tuesday. Dujarric said on Monday that Guterres condemned the drone and missile attack on the UAE.

“The secretary-general again calls upon all parties to exercise maximum restraint and prevent further escalation and intensification of the conflict,” Dujarric said on Tuesday.

The UAE on Tuesday requested that the U.N. Security Council discuss Monday’s drone and missile attack. “We hope for a strong Security Council statement condemning this,” said UAE Ambassador to the U.N. Lana Nusseibeh. Diplomats said the council would likely meet behind closed doors later this week.

Early on Tuesday, the coalition said it had begun air strikes against strongholds and camps in Sanaa belonging to the Houthi group, Saudi state media said.

Houthi media named the Houthi military official whose home was struck as Abdullah Qassim al-Junaid, the former head of the Houthis’ aviation college.

The strike killed him, his wife, his 25-year-old son, other family members and other unidentified people, the medical source and residents told Reuters.

On Tuesday men at the aftermath combed through rubble, strewn with belongings, books and twisted metal, as well as debris from heavily damaged neighbouring houses.

At the scene Ahmad al-Ahdal said his uncle’s house was hit after the strike on Junaid’s home.

“My uncle went in with rescuers to extract the victims in Junaid’s house,” he said. “We have been unable to find him since then.”

Junaid was among over 170 Houthi officials sentenced to death by firing squad in August by a court in the province of Marib, which remains under the control of the Saudi-backed, internationally recognised Yemeni government.

The court found the defendants, most of whom were tried in absentia, guilty of staging a military coup and committing war crimes, state media reported at the time.

Coalition strikes around the city overnight killed a total of about 20 people, the deputy foreign minister for the Houthi administration, which holds much of northern Yemen, said on Twitter.

The UAE armed and trained Yemeni forces that recently joined fighting against the Houthis in Yemen’s energy-producing regions of Shabwa and Marib.

Monday’s Houthi-claimed attack on two sites in Abu Dhabi set off explosions in fuel trucks and ignited a blaze near Abu Dhabi airport.

In response, the UAE said it reserved the right to respond to “terrorist attacks and criminal escalation”.