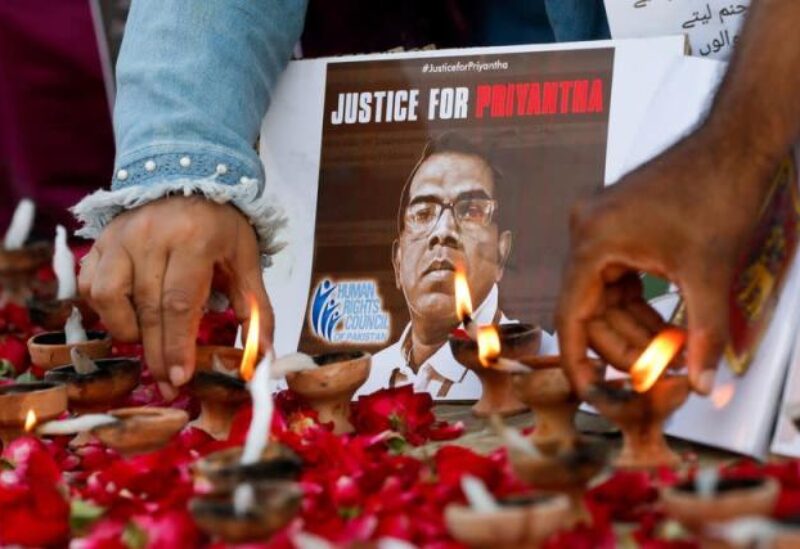 Last week’s horrifying and lethal mob attack in eastern Pakistan on a Sri Lankan manufacturing manager accused of blasphemy spurred days of soul searching as the man’s remains were brought back to his native country.

The violence, which was criticized by rights groups like Amnesty International, elicited strong reactions on social media from politicians, celebrities, and journalists.

“Ashamed!! I’m sick to my stomach!! “Mahira Khan, an actress, posted on Twitter immediately after the lynching.

A mob of factory workers in Pakistan’s Punjab region tortured and burnt a Sri Lankan manager on Friday, according to Prime Minister Imran Khan, in an incident that brought shame to the country.

The assassination prompted concerns about the potential for blasphemy claims to incite public violence in Pakistan, coming just weeks after at least seven police officers were murdered in clashes with the extreme TLP movement, which has established its identity on combating what it perceives as blasphemy.

Mob murders over blasphemy claims are common in Muslim-majority Pakistan, where the offense is punishable by death.

Other politicians, as well as the country’s formidable military, issued comments denouncing the incident.

“Mob violence cannot be acceptable under any circumstance as (the) state has laws to deal with all offences,” said Human Rights Minister Shireen Mazari on Twitter.

The victim’s body was returned to Sri Lankan officials over the weekend and then flown to his home country, a government source in Punjab province told Reuters.

“In the last 12 hours, police have arrested seven more key figures, including one involved in planning an attack on a Sri Lankan manager,” they said in a statement.

Some politicians and activists argued that broader societal and political change was needed, beyond legal consequences for those involved.

“Arrests should of course be made, but there has to be a clear appraisal of why mobs feel the impunity,” said Senator Sherry Rehman, a member of the opposition Pakistan People’s Party (PPP).

“Once again, we are reminded how far this nation has descended into the abyss,” the editorial said.