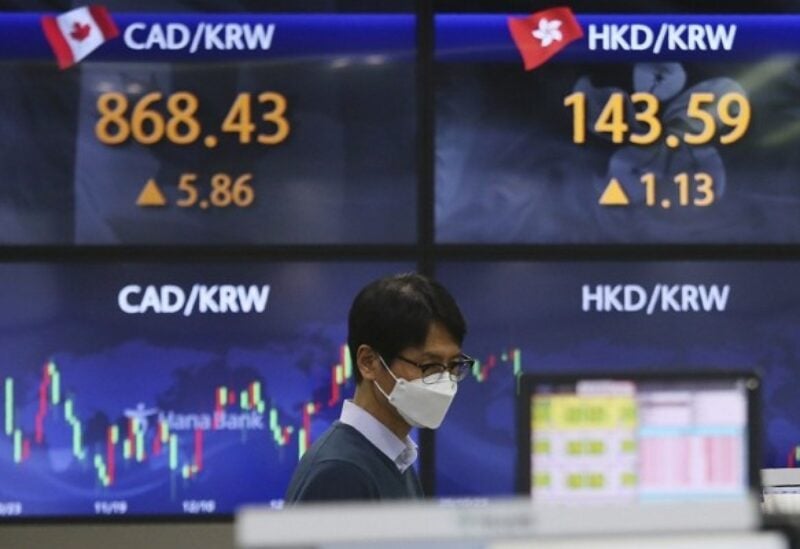 Asian stocks reversed earlier gains on Tuesday, weighed by Chinese markets as investors took profit on a recent rally in some mainland firms, although ebbing inflation fears helped shore up broader sentiment in the region.

Gary Ng, economist at Natixis, said Chinese shares had run ahead of other Asian markets recently, which meant they were due for some kind of correction.

Overnight announcements of new sanctions also did not help Chinese stocks, even though analysts said markets had become fairly accustomed to such developments.

The United States and others including the European Union sanctioned Chinese officials on Monday for human rights abuses in Xinjiang, and Beijing hit back with punitive measures against European lawmakers, diplomats, institutes and families.

Persistent worries of policy tightening at home also continued to weigh on high-flying sectors and stocks with lofty valuations as investors turned cautious.

Beyond China, Asian shares were mixed after Wall Street’s gains on Monday as investors cheered a break in the recent run-up of bond yields.

Developed markets and emerging Asia also managed to digest a surprise move by Turkey’s President to replace the central bank governor with a critic of high interest rates.

“Investors are less looking at emerging markets as one giant bloc.”

“U.S. risk assets were aided by a dip in Treasury yields to start the week. Movements in yields will continue to be closely watched this week amid a series of U.S. Treasury auctions and testimony by Treasury Secretary Yellen and Fed Chair Powell,” ANZ Research said in a daily note.

Fed Chair Powell said in remarks prepared for a congressional hearing on Tuesday that the U.S. recovery had progressed “more quickly than generally expected and looks to be strengthening”.

The dollar’s index against a basket of six major currencies stood almost flat in early Asian trade at 91.853, having slipped 0.32% on Monday.

But oil dropped amid ample supply and concerns that new pandemic curbs and slow vaccine rollouts in Europe will slow a recovery in fuel demand.