At least 11 dead, including eight children, in Mumbai building collapse 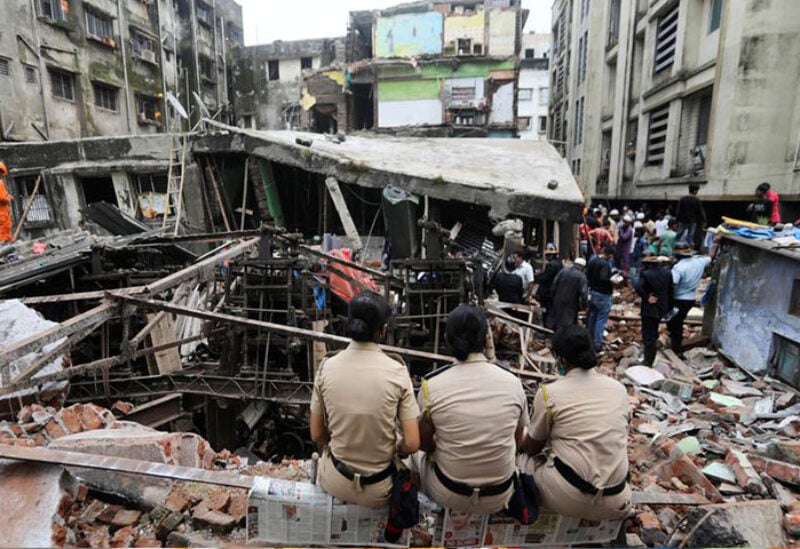 A residential building in Mumbai has collapsed on top of another building late on Wednesday, killing at least 11 people, including eight children, died after , local officials said.

The incident occurred close to midnight in a northern suburb of Mumbai, officials said, adding that more people could be trapped inside the debris. Eight people were injured and have been moved to nearby hospitals, officials said.

Local television showed pictures of rescue workers pulling out debris in a narrow lane, as relatives and onlookers milled about.

Incidents of building collapses become more common in India’s financial capital of Mumbai during the monsoon. Wednesday was the first day of heavy rains in the city.