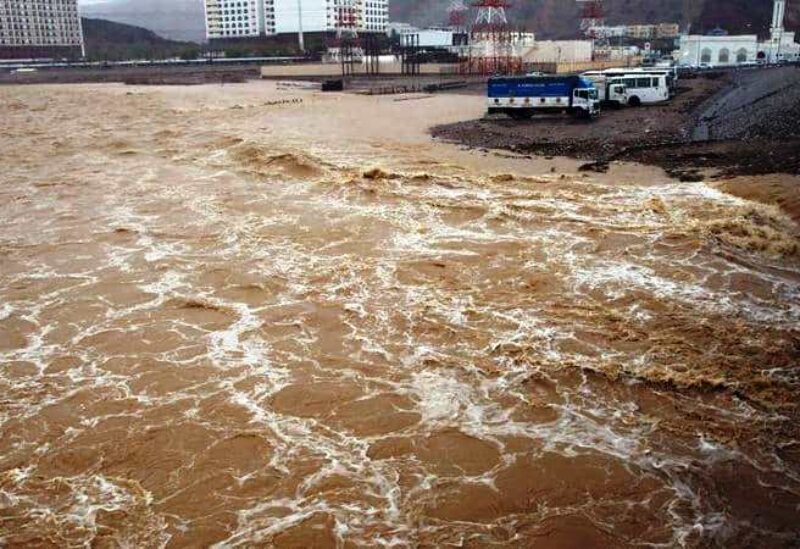 At least nine people were killed in Oman and Iran on Sunday as Tropical Cyclone Shaheen pummelled parts of their coastlines, authorities said.

In Oman, two people died in a landslide and a child in flash flooding, officials said.

Rescue teams pulled the bodies of two Asian workers from their home hit by a landslide in the Rusayl industrial area of Muscat province, Oman’s National Committee for Emergency Management said.

The child died and another person was reported missing in flash floods in the capital’s province, it added.

Flights were suspended and schools closed as the storm, with wind speeds up to 139 kilometres (86 miles) an hour, was due to cross Oman’s north coast in the evening.

In the capital, Muscat, vehicles were tyre-deep in water and streets deserted.

The eye of the storm was 220 kilometres (130 miles) off the coast of the province, he said.

Some flights to and from Muscat International Airport were suspended “to avoid any risks”, the airport said, while the Civil Aviation Authority urged people to avoid low-lying areas and valleys.

Oman declared a two-day national holiday on Sunday and Monday and shuttered schools “due to the adverse climate conditions”, the official Oman News Agency said.

Deadly storms are periodic occurrences in the Gulf.

In July, northern Oman was hit by heavy rains, hail and strong winds.

And in May 2018, Cyclone Mekunu hit southern Oman and the Yemeni island of Socotra, killing at least 11 people.

Oman, a country of some 4.6 million people, reopened its doors to foreign tourists last month after a Covid-imposed closure.

The Gulf country — known for its rich heritage, scenic coastline and stunning terrain — has been hit hard by the fall in world crude prices since 2014 and the coronavirus pandemic.

The sultanate had been counting on tourism to boost its flagging economy but the virtual collapse of international leisure travel has set back those plans.

The UAE was also bracing for the possible impact of Cyclone Shaheen, with emergency authorities urging people to avoid beaches and low-lying areas.

“We would like to assure everyone that the concerned authorities are on high alert and prepared to deal with any upcoming tropical situation,” its National Emergency Crisis and Disaster Management Authority said Saturday.

All construction work has been halted in Al-Ain, bordering Oman, until Tuesday, the Abu Dhabi Media Office said, while children will study remotely on Monday and Tuesday.