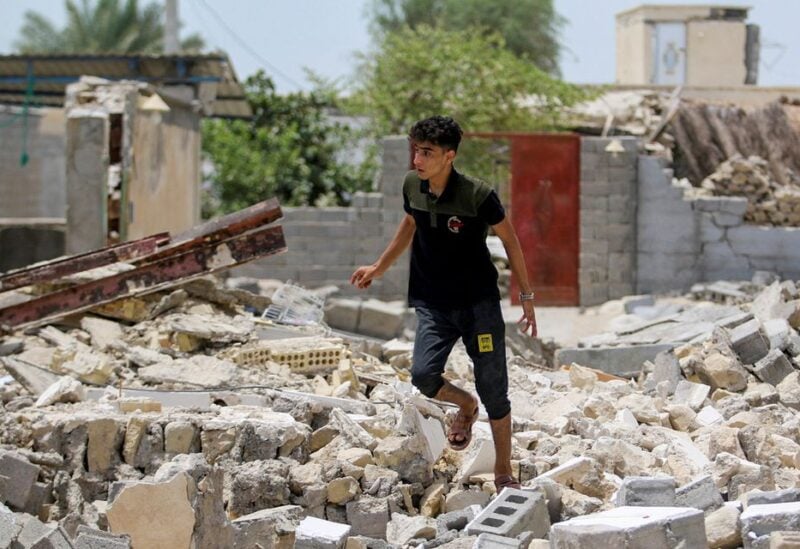 An Iranian man walks amid the rubble after an earthquake in Sayeh Khosh village in Hormozgan, Iran, July 2, 2022. ISNA/WANA (West Asia News Agency) via REUTERS

A magnitude 6.1 earthquake in southern Iran early on Saturday morning left at least five people dead and 49 injured. The region was then struck shortly after by two more powerful tremors that could have been as strong as 6.3, according to official media.

A total of 24 tremors, including two with magnitudes of 6.3 and 6.1, occurred after the quake that destroyed the village of Sayeh Khosh in Hormozgan province near Iran’s Gulf coast around 2 a.m. local time. According to officials, the most recent tremor happened about 8 a.m.

“All of the victims died in the first earthquake and no-one was harmed in the next two severe quakes as people were already outside their homes,” said Foad Moradzadeh, governor of Bandar Lengeh country, quoted by the state news agency IRNA.

Emergency services spokesperson Mojtaba Khaledi told state TV that half of the 49 people injured had been discharged from hospitals.

Saeid Pourzadeh of the Kish island crisis task force said Gulf shipping and flights had not been affected by the quakes.

State TV said 150 quakes and tremors had struck western Hormozgan over the past month.