At Mali border with Ivory Coast, lines of trucks held up by sanctions 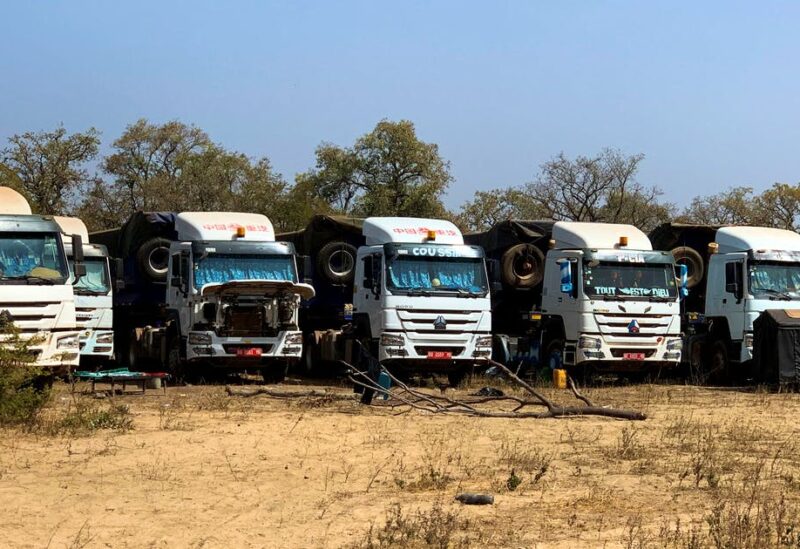 Madou Sidibe should be home by now, having delivered the cement product in his truck to a client in Mali. Instead, he is trapped at a dusty border crossing in neighboring Ivory Coast, one of hundreds of truckers barred from entering the country due to economic sanctions.

His five children ask him questions over the phone from Mali’s capital, Bamako, to which he has no answers: “When are you going to return, daddy? How long will you be staying?”

ECOWAS, the West African political organization, sanctioned Mali last month after a military-led interim administration stated it wanted to extend its power and postpone democratic elections after a coup in 2020.

The restrictions include the closure of the landlocked country’s borders and are aimed at squeezing the finances of one of the world’s poorest economies.

They do not cover essential goods like food or fuel, yet there is still a growing backlog of trucks carrying wood and clinker, a product used in making cement, at the Tengrela crossing in northern Ivory Coast, according to a Reuters reporter who visited this week.

So far there is little sign of mass shortages in Mali. But the queues at the border point to a potential supply crunch in the gold- and cotton-producing country which relies heavily on imports for goods up and down the supply chain.

“My children and my wife ask me every two days when I’m coming home but… I don’t know myself. We were surprised by the closing of the border,” said Sidibe, 39, lying in a hammock slung between two 20-tonne trucks at the Tengrela crossing.

Sidibe has been there for six days, and he is not alone. A Reuters reporter counted hundreds of trucks lining the road leading to the Tengrela border post. Dozens more arrived on Thursday.

It is not like that everywhere. In Pogo, a border crossing 50 miles (80 km) east that sees more food and gasoline suppliers pass through, the lines are less pronounced.

At Tengrela, drivers kill time drinking tea, playing cards, cooking on charcoal fires or snoozing on cots in the shade. Business is booming for local traders who sell them cigarettes and coffee.

Some drivers, short on cash and food, have abandoned their trucks and found their own way back to Mali.

Among those that stay, the conversation occasionally drifts towards politics, the cause of their limbo. Of the 20 drivers who spoke to Reuters, most were in support of Mali’s transitional authorities.

To them, the embargo is unfair and will not loosen the military’s hold on power.

“I don’t agree with the sanctions,” said Ali Badara, a 43-year-old driver. “What ECOWAS does is in its interest. What did it do for Malians before the coup?”