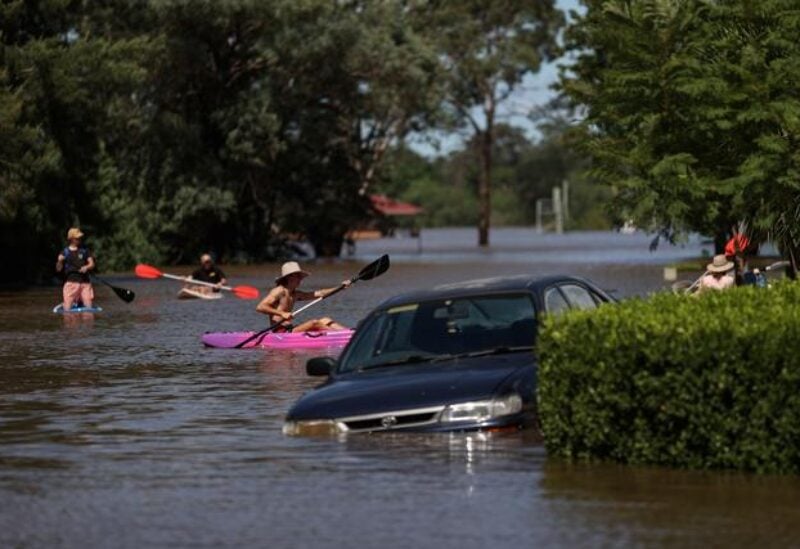 A man’s body was found in a car trapped by floodwaters on Wednesday, the first death linked to wild weather across Australia in recent days that has submerged homes, swept away cars and livestock and cut off entire towns and villages.

Over 40,000 people have been forced to flee their homes as torrential rain sparked flash floods, and authorities issued new evacuation orders on Wednesday for residents in Sydney’s western regions to move to safe zones.

In other regions, a massive clean-up operation kicked off as sunny skies returned for the first time in days, and food and other emergency supplies were flown in over swamped roads.

The man’s body was found in Sydney’s northwest by emergency services workers responding to reports of the stranded car. Officials reported that the man had yet to be identified and gave no other details.

Gladys Berejiklian, the premier of New South Wales (NSW), the worst-hit state, cautioned that water levels would keep rising in a couple of areas as rivers bulged and major dams continued to overflow.

“What we still have to be aware of is the fact that thousands and thousands of people are still on evacuation warnings, that the rivers will continue to swell, that catchments will continue to experience flows of water not seen in 50 years and in some places 100 years,” Berejiklian told reporters in Sydney.

The Insurance Council of Australia, the peak industry body, said nearly 17,000 damages claims worth around A$254.2 million ($193.32 million) had been lodged by Wednesday morning across NSW and Queensland.

Houses have been submerged, livestock swept away and crops drowned on a large scale. There have also been many animal rescues, with water craft used to move dogs, cattle, and even an emu, away from the flood waters.