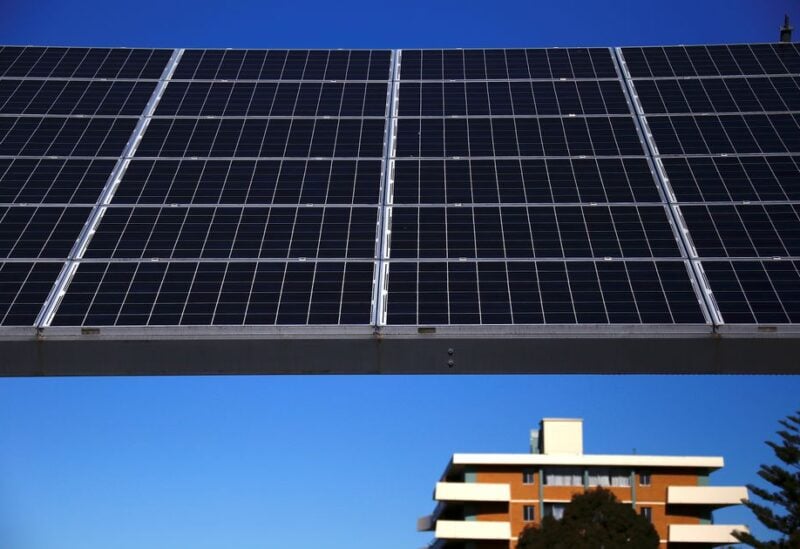 A solar array, a linked collection of solar panels, can be seen in front of a residential apartment block in the Sydney suburb of Chatswood in Australia, July 28, 2017. REUTERS/David Gray

Australia, according to the new Labor administration, sees the global climate emergency as a chance to generate jobs. On Wednesday, legislation to codify an emissions reduction target was introduced.

Australian policy on climate change has regressed during the past ten years, according to Minister for Climate and Energy Chris Bowen. He claimed the law would signal that Australia was “open for business” and “back as a good world citizen.”

“The world’s climate emergency is Australia’s jobs opportunity,” he said, adding the resource-rich nation could become a renewable energy powerhouse.

Bowen said clean energy jobs would be created in battery manufacturing, and commodities such as aluminium, lithium, copper, cobalt and nickel.

“There is a significant export market waiting for us if we get the levers right,” he said.

Legislation setting a 43% emissions reduction target by 2030 and net-zero by 2050 was a beginning, and its implementation would be monitored by an independent climate change authority.

“We see 43% as a floor on what our country can achieve,” he said, a stance backed on Wednesday by business groups.

The conservative Liberal and Nations coalition, swept out of office in a May election where Greens and independents pushing for climate change action won record seats amid a backdrop of worsening fires and floods, is opposing the bill.

The government is negotiating with the Greens, which hold the balance of power in the upper house and want more ambitious climate action.

The president of the UN’s Climate Change Conference, Alok Sharma, said the Australian government “had a fresh mandate from their voters to tackle climate change” and he was struck by protesters in Australia who held placards saying “2050 is too late” as he visited this week.

“Our populations know that the world is running out of time, and we also know if we act now we will reap an economic as well as environmental dividend – jobs, growth and a boost for all of our economies,” he said in a speech in Fiji on Wednesday.

He added that unless governments act now, the goal of containing warming to 1.5 degrees would “slip irreversibly out of reach”.

The government has said it cannot support a Greens call to stop new coal and gas projects.

Prime Minister Anthony Albanese said in a TV interview on Tuesday it also wouldn’t end coal exports, because Australia’s customers would substitute it from other sources.

“What you would see is a lot of jobs lost, you would see a significant loss to our economy, significant less taxation revenue for education, health and other services, and that coal wouldn’t lead to a reduction in global emissions,” he told the ABC.