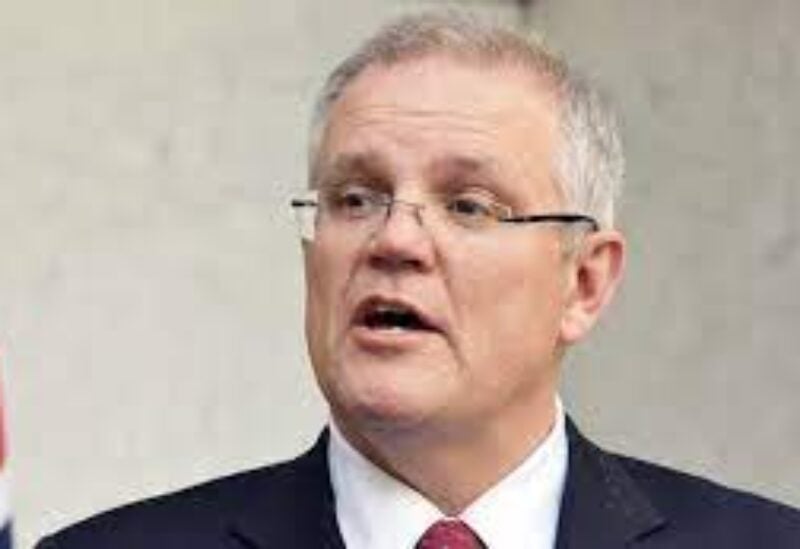 Morrison apologised directly to former staffer Brittany Higgins who said she was raped by a male colleague in a minister’s office in 2019.
Higgins said she felt she had to make a choice between reporting her allegations to police or continuing her career.
“I’m sorry to Ms Higgins for the terrible things that took place here,” Morrison said describing a decades-long culture of abuse in the corridors of power.
“But I am sorry for far more than that — for all of those who came before Ms Higgins and endured the same.”

“Over many decades, an ecosystem, a culture, was perpetuated where bullying, abuse, harassment, and in some cases even violence, became normalised,” he said.

The apology marked a rocky start to an election year for Morrison and came as anti-vaccination protesters gathered outside parliament and his conservative party faced ructions over a religious freedom bill.
An election must be held by May, leaving few parliament sitting days before the federal budget is delivered in March, which is likely to trigger the start of the official campaign.

Morrison’s personal integrity has been under attack with damaging leaks, including by Higgins, of historical text messages from state and Coalition partner leaders, including some labelling him a “liar”.

Polls show Morrison has also been marked down by voters over his handling of the coronavirus pandemic.

On Monday, the government announced Australia would open its borders to international travel on February 21, after two years, in a boost for business and tourism.

The defence force was also sent in to assist aged care homes struggling with staff shortages amid COVID-19.

Higgins will speak Wednesday at the National Press Club alongside sexual abuse survivor Grace Tame, who was the 2021 Australian of the Year.

Tame dismissed the prime minister’s apology. “How about some proactive, preventative measures and not just these performative, last-minute bandaid electioneering stunts?” she tweeted Tuesday. wions