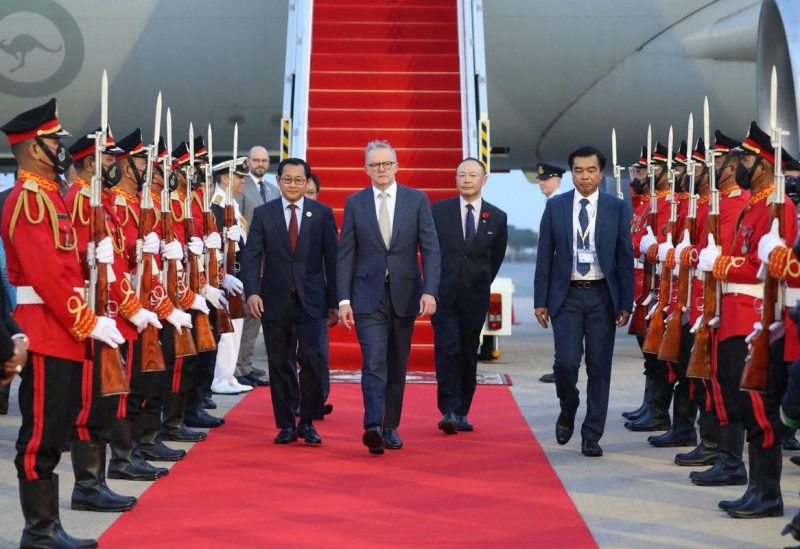 Australian Prime Minister Anthony Albanese had a brief conversation with Chinese Premier Li Keqiang at a regional summit in Cambodia, raising hopes for a formal encounter with President Xi Jinping, according to Australian media on Sunday.

The relationship between the two nations has worsened recently as a result of China imposing penalties on some Australian goods and responding strongly to Canberra’s request for a global investigation into the causes of COVID-19.

The Australian Broadcasting Corporation said Albanese and Li spoke on arrival at an event on the sidelines of the summit of the Association of Southeast Asian Nations (ASEAN) in the Cambodian capital of Phnom Penh.

Albanese’s office did not immediately respond to a Reuters request for comment on the report or on what would be Albanese’s first meeting with Xi since becoming prime minister in May.

On Wednesday, the Australian leader said a meeting with Xi would be a positive development after years of tense relations.

Xi will attend the G20 meeting on the resort island of Bali, an adviser to Indonesian president Joko Widodo has said.

Last week, Albanese’s office said he would attend that meeting and a subsequent summit in Bangkok of the Asia-Pacific Economic Cooperation group.

Also on Sunday, Albanese said in a statement, negotiations had concluded in Phnom Penh to upgrade the ASEAN-Australia-New Zealand Free Trade Agreement (AANZFTA).

The pact covered enhancements on electronic commerce, competition, customs procedures and trade facilitation, trade in goods, and rules of origin, he added.

“Today we open an ambitious new chapter for the growing economic relationships between ASEAN, Australia and New Zealand,” Albanese said.

“We now trade more with ASEAN in a week than we did in a year in the early 1970s,” Ardern, who was also in Cambodia for the summit, said in a statement.

The upgraded deal is expected to be signed and take effect in 2023, according to the statement.