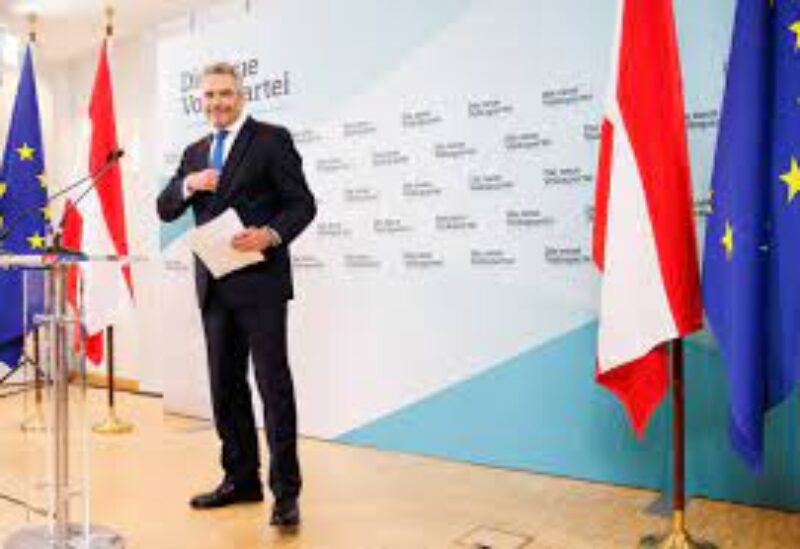 Karl Nehammer, Austria’s third conservative chancellor in two months, took office on Monday, hoping to lift the coalition government out of months of controversy and navigate the country out of its current coronavirus lockdown.

President Alexander Van der Bellen swore in Nehammer, 49, just after 1 p.m. (1200 GMT). Since last year, he has been the enforcer of former Chancellor Sebastian Kurz’s hardline on immigration, as well as the author of four nationwide lockdowns. He is presently the first post-Kurz leader of government.

“We don’t know what the virus will surprise us with next,” Van der Bellen said at the swearing-in, which was preceded by boos from a small gathering opposing coronavirus limitations.

“We should not generate false expectations and should not promise anything that subsequently turns out not to be realistic,” Van van Bellen added, a clear jab at Kurz, who claimed months ago that no more restrictions would be put on persons who had been vaccinated against COVID-19.

Kurz, 35, startled most of the country when he announced on Thursday that he was stepping down as leader of the People’s Party (OVP) and leaving politics, citing a lack of interest in politics following the birth of his son last month. On Friday, the party chose Nehammer to succeed him as head.

Kurz resigned as chancellor in October at the request of his coalition partner, the left-wing Greens, because he was under criminal investigation for corruption. Kurz’s supporters had hoped that he would be able to cleanse his name and return as chancellor as soon as possible. He vigorously rejects any misconduct.

Prosecutors suspect that Kurz’s allies used public funds to secretly commission manipulated polling that was published in a newspaper with a view to helping him gain power in 2017, the year in which he became OVP leader and then chancellor, forming a coalition with the far-right Freedom Party.

Nehammer takes over a party in turmoil that since 2017 has been largely built around Kurz.

On Friday, Nehammer stated that he intends to maintain the law-and-order agenda that was essential to Kurz’s appeal but also a source of contention with the Greens. His first goal, he added, will be the coronavirus epidemic, as Austria attempts to keep infections low while coming out of lockdown next week.

He must also rebuild the OVP’s tarnished image, as it has lost what most surveys revealed to be a 10-point advantage over its nearest challenger, the Social Democrats, since Kurz was arrested.

For the time being, neither the OVP nor the Greens have expressed a desire for a sudden election, but most observers believe the coalition will not continue until the conclusion of current parliament in three years. Greens leader Werner Kogler did not rule out a fast election next year in media interviews over the weekend.