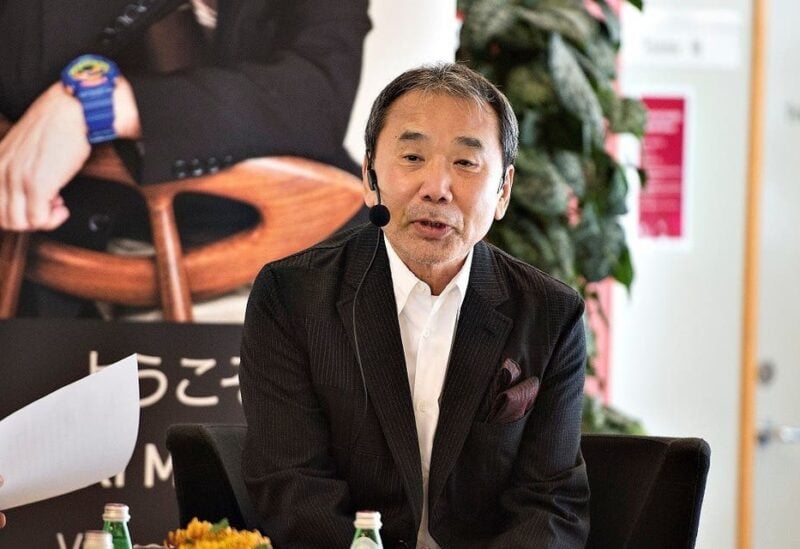 Murakami quoted Suga’s comment that “an exit is now in our sight after a long tunnel,” made just before the pandemic-delayed Tokyo Olympics last month. Since the games began, daily new cases have gone up nearly five times nationwide, and more than tripled in Tokyo.

“If he really saw an exit, his eyes must be extremely good for his age. I’m of the same age as Mr. Suga, but I don’t see any exit at all,” said Murakami, 72.

“It seems he doesn’t listen to others, and perhaps he only has eyes that see well, or he sees only what he wants to see,” he said.

Murakami previously has criticized politicians for reading texts prepared by bureaucrats and not communicating with powerful messages that can reach people’s hearts.

“While we still don’t see an exit, we must survive until we really start seeing an exit, while we make use of everything available,” Murakami said.

Suga, seen as overly optimistic about vaccine efficacy, has faced criticism for holding the Olympics and Paralympics despite widespread health concerns and public protest. Support ratings for his government have nosedived to below 30 percent this month, from about 70 percent soon after his inauguration last September.

As Suga expanded the emergency measures, he cited a recently launched cocktail infusion treatment as an additional weapon, and said, “We are beginning to see a light clearly,” triggering a backlash. He also has praised the pace of Japan’s rollout since late May to exceed a targeted 1 million daily doses, despite the delayed and slow start.

About 44 percent of Japan’s population is fully vaccinated. Suga says he hopes to fully vaccinate all eligible and willing people by October or November, but experts say herd immunity would be impossible due to the highly contagious delta variant.

Murakami began writing while running a jazz bar in Tokyo after graduating from university. Following his 1979 debut novel “Hear the Wind Sing,” the 1987 romance “Norwegian Wood” became his first bestseller, establishing him as a young literary star. He is also known for bestsellers such as “A Wild Sheep Chase,” “The Wind-up Bird Chronicle,” and “1Q84.”

His “Murakami Radio” show started in August 2018 on Tokyo FM. In Sunday’s prerecorded program, “Music in Murakami,” he played songs based on fan requests. Music is an important motif in Murakami’s stories.

An avid listener and collector of music, he has also written books on the topic, including one on classical music published in June.