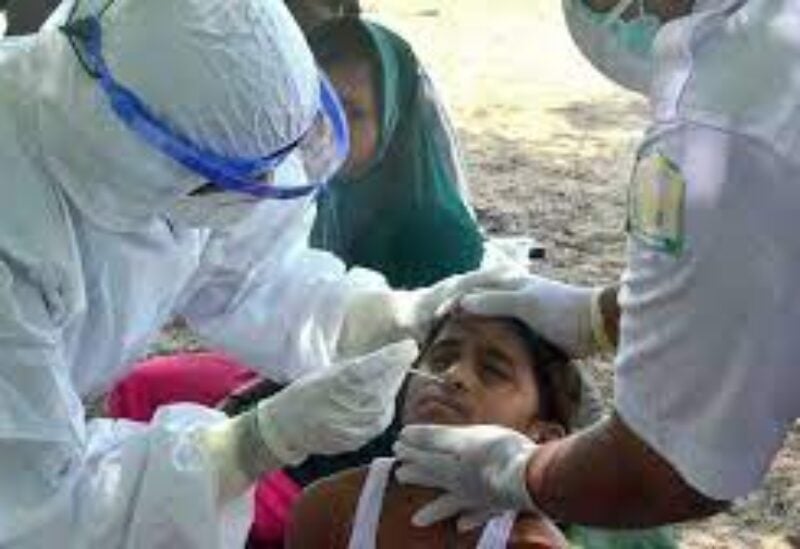 Bangladesh began vaccinating thousands of Rohingya Muslims on Tuesday in the world’s largest refugee settlement amid a surge in COVID-19 infections in the country, officials said.

Aid workers have long warned of a potential humanitarian disaster if there is a significant outbreak in the refugee camps in Cox’s Bazar, the border district where over a million Rohingya who fled a brutal military crackdowns in neighbouring Myanmar have found sanctuary.

Around 48,000 Rohingya, aged 55 and above, will be inoculated between Tuesday and Thursday with the help of the UN agencies, Mahbubur Rahman, the chief health official in Cox’s Bazar district, said.

“This is just the beginning. All adult Rohingya people will be vaccinated in phases,” Rahman told Reuters by telephone from one of vaccine centres in the camps.

There has been a recent uptick in infections in the camps, with around 20,000 cases and 200 deaths recorded among refugees since the pandemic erupted last year.

In contrast, officials in Myanmar’s Rakhine state have told media that there are currently no plans to vaccinate the Rohingya living there.

Bangladesh has been battling an alarming surge in infections and deaths in recent weeks, recording more than 1.36 million people infected and 22,897 deaths.

“We feel really good. We only hope everyone will get the vaccine,” Sakhina Khatun, 55, said after she and her 65-year-old husband got vaccinated.

“We are only safe when we are all safe,” Khatun told Reuters.

“People in these camps are living in the shadow of the global vaccine divide. Widespread vaccinations are critical to contain this deadly virus,” Hrusikesh Harichandan, Head of the International Federation of Red Cross and Red Crescent Societies’ Cox’s Bazar, said.

“We need united efforts by national agencies and international organisations to help vaccinate all adults in the camps.”