Bank of England readies another rate hike even as recession hits 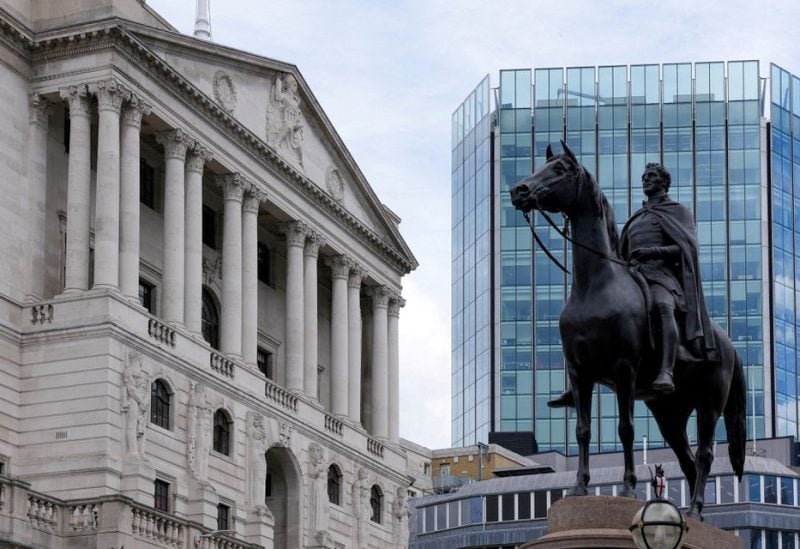 A ninth interest rate hike in a row by the Bank of England looks to be a foregone conclusion on Thursday and investors will be looking for clues on how many more will be needed with the economy sliding into recession but inflation still above 10%.

The Monetary Policy Committee (MPC) has faced both encouraging and worrying news on the economy since a majority voted in early November to raise rates by 0.75 percentage point, the biggest hike since 1989.

Consumer prices rose by less last month than the BoE had expected, according to data published on Wednesday, and business surveys have pointed to fading momentum in the economy.

But basic wages grew at the fastest pace since at least 2001, excluding the pandemic period, according to figures released on Tuesday – probably worrying those officials who see a greater risk of inflation becoming embedded.

Britain’s economy looks set to be the weakest performer among Group of Seven nations in 2023, according to the Organisation for Economic Co-operation and Development.

While the pound has strengthened over the last month, the country’s inflation problem is being compounded by an acute shortage of workers to fill vacancies, leaving the BoE facing a difficult balancing act.

A big majority of the 54 economists polled by Reuters last week predicted a 0.5 percentage point increase in Bank Rate, which would take it to a 14-year high of 3.5%.

The BoE’s policy announcement, due at 1200 GMT, takes place hours after the U.S. Federal Reserve on Wednesday raised interest rates by half a percentage point and signalled more increases in borrowing costs by the end of 2023.

While the Reuters poll suggested BoE rates will peak at 4.25% by mid-2023, there was a wide range of forecasts on either side of that median – a split that appears to be reflected in the MPC.

The BoE’s newest rate-setter Swati Dhingra said earlier this month that higher interest rates could lead to a deeper and longer recession, adding there were few signs that demands for higher wages risked setting off a wage-price spiral.

At the other end of the spectrum, Catherine Mann said last month that she thought inflation would end up “a lot” higher than the BoE’s central forecast that it would fall below its 2% target in two years’ time.

The range of views reflects uncertainty not only about the economic outlook in 2023, but also the effect of the rise in interest rates since December last year, when the BoE first lifted Bank Rate from 0.1%.

“As monetary policy works with a lag, we still do not know the full effects of the BoE’s tightening measures so far,” said Kallum Pickering, an economist at Berenberg Bank.

“After hiking again tomorrow, it probably makes sense for policymakers to stand back and pause for a while until it becomes clear whether there remains any serious underlying inflation problem in the UK.”

The BoE has said labour shortages as well as trade and migration frictions due to Brexit have helped to push up prices on top of the huge surge in energy prices caused by Russia’s invasion of Ukraine.

The annual rate of consumer price inflation dropped to 10.7% in November from 11.1% in October, a lower rate than the BoE had pencilled in last month.

But services sector inflation – which some BoE officials think reflects wage pressures being passed on by companies – held at October’s 30-year high of 6.3%.

“We think the Bank will opt for further hikes in the first half of 2023, until inflation shows less momentum.”