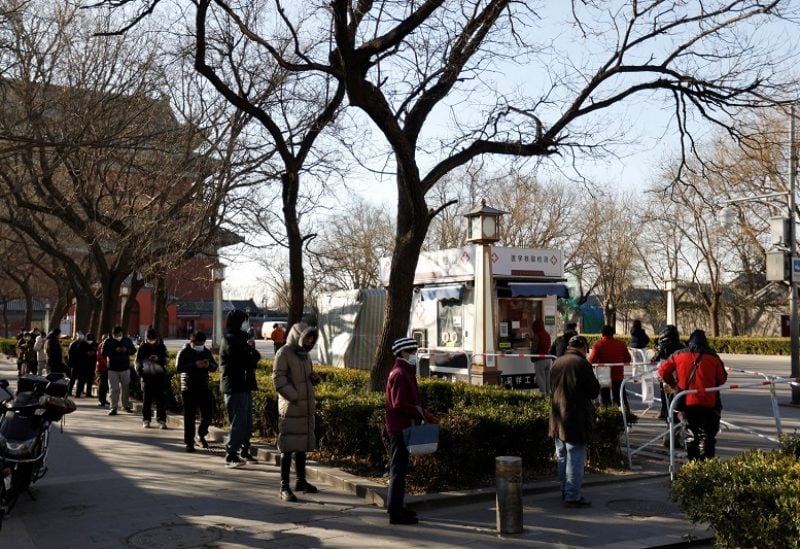 People line up at a nucleic acid testing site to get tested for the coronavirus disease (COVID-19) in Beijing, China December 6, 2022. REUTERS/Florence Lo

“China is not ready for a fast reopening yet,” Morgan Stanley economists said in a report Monday. “We expect lingering containment measures. … Restrictions could still tighten dynamically in lower-tier cities should hospitalizations surge.”

The changes follow protests demanding an end to “zero COVID” but are in line with Communist Party promises earlier to reduce disruption by easing quarantine and other restrictions. The changes have been highly publicized in a possible effort to mollify public anger, but there is no indication whether any might have been made in response to protests in Shanghai and other cities.

China is the only major country still trying to stamp out transmission while the United States and others relax restrictions and try to live with the virus that has killed at least 6.6 million people and infected almost 650 million.

The protests began Nov. 25 after at least 10 people died in a fire in an apartment building in Urumqi in the northwest. Authorities denied suggestions firefighters or victims were blocked by locked doors or other anti-virus controls. But the disaster became a focus for public frustration.