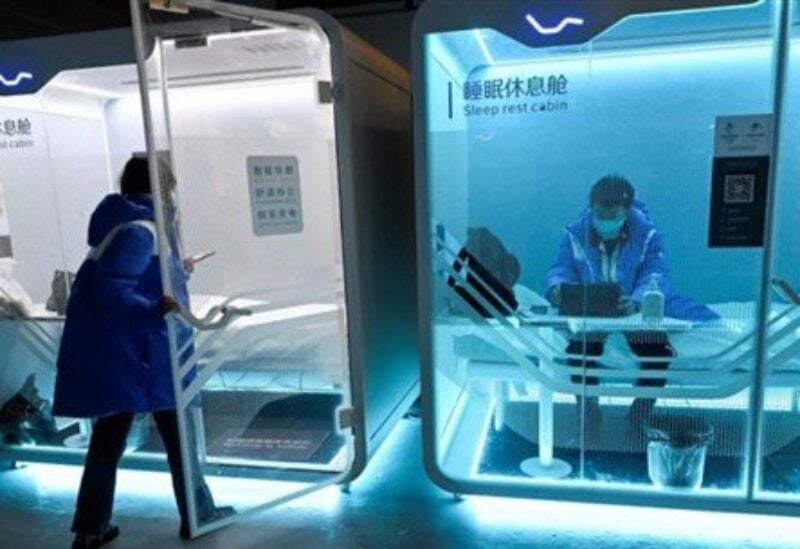 Journalists covering the Winter Olympics will be able to sleep on the job owing to high-tech accommodations at the Beijing media center.

The 20 Sleep Rest Cabins, manufactured by China’s Keeson Technology Corp, allow reporters to take a power sleep for up to an hour simply scanning their mobile phone.

The large accommodations have the same bed that Olympians sleep on in the Athletes’ Village, with the user able to modify their position via a remote control or cell phone.

The beds, which also have a massage setting, are already attracting attention further afield.

American luger Summer Britcher this week took to social media to show off her bed, comparing it favorably with the cardboard beds used at last year’s Tokyo Summer Games.

“It’s as if the Beijing organizing committee said, ‘how can we just absolutely just one up Tokyo?'” Britcher said in a Tiktok video, describing the bed’s ‘zero gravity’ mode, which simulates the feeling of being in outer space, as “phenomenal”.

“Raising the head 15 degrees and legs by 35 degrees is beneficial for blood circulation and able to help the athletes to relieve stress and get a good night sleep”, she added.

The cabins are available in the media center which is located within the “closed loop” bubble that separates Olympic Games participants from the public, in an effort to curb the spread of the coronavirus.

The Games open on Friday.