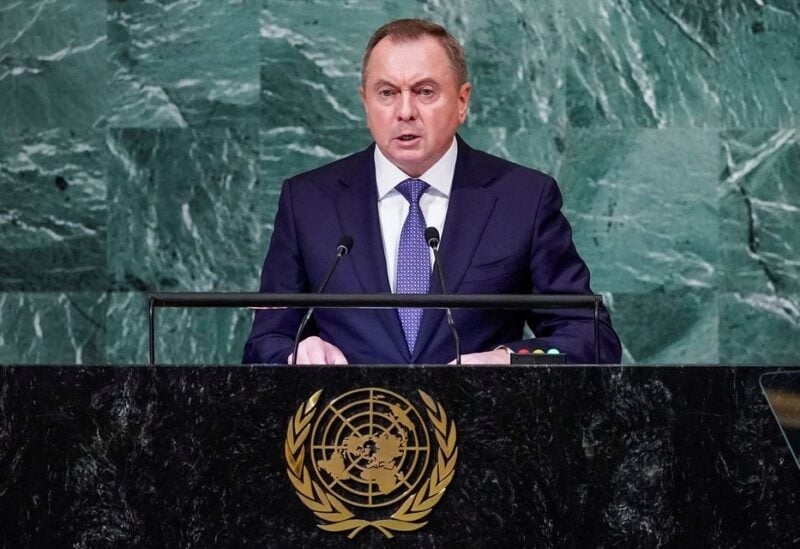 Belarusian President Alexander Lukashenko declared his country on Friday to be on “heightened terrorism alert” due to tensions on its borders.

Lukashenko linked the move to his announcement on Monday that he had ordered Belarusian troops to deploy near Belarus’s southern border with Ukraine alongside Russian forces.

“In connection with the escalation of tension, a regime of heightened terrorist danger has been introduced,” Lukashenko said in a Russian TV interview.

“Therefore we began a procedure with the Union group of forces, the basis of which, as I already said, is the Belarusian army, which will be supplemented by units from the Russian Federation. Everything is going according to plan.”

Allied with Moscow and wedged between Russia, Ukraine and three NATO countries, Belarus allowed Russia to use its territory as one of the launchpads for its Feb. 24 invasion of Ukraine.

Its latest troop movements have raised concern in Kyiv and the West that Lukashenko may be about to commit his army to support Russia’s faltering war effort.

Political analysts say that is an unappealing option for him but that he may not be in a position to refuse if Russian President Vladimir Putin demands it.

Belarus depends on Russia politically and economically, and Putin’s support helped Lukashenko survive mass pro-democracy protests in 2020. Lukashenko crushed the demonstrations and all leading opposition figures have been jailed or forced to flee abroad.